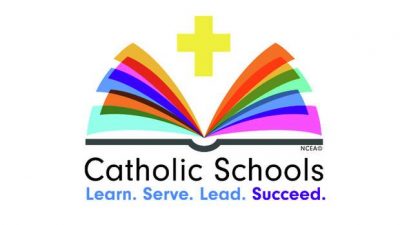 Catholic Schools Week is held annually on the last week of January. There is also a November Movement. The Catholic Schools Week is a week in which the school liaises with its local parish church for organised events to celebrate the rich traditions and the incredible value of Catholic education on both a local and national level.
A theme is given for the week to allow for focus on certain areas. Previous themes included “Called to be a Family of Families”, “Learning with Pope Francis to Care for our Common Home”, “Places of Faith and Learning” and “Sharing the Good News”.

Below are a list of resources we have found which may be of help to you and your school for both preparation and celebration of Catholic Schools Week.

The PowerPoint, provided by Dublin Diocese, entitled ‘Make the Mass Yours‘ describes a variety of ways that students can take part in Mass. Please note that the PowerPoint provides suggestions, it may need to be modified to suit your school community context and is intended for use in a classroom setting.