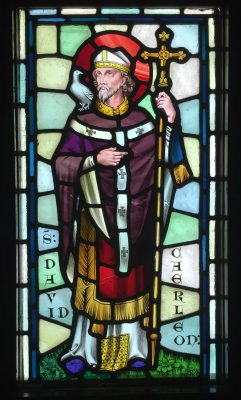 Saint David is the patron saint of Wales. St. David’s Day falls on 1 March, the date of Saint David’s death in 589 AD. The feast has been regularly celebrated since the canonisation of David in the 12th century (by Pope Callixtus II).

Traditional festivities include wearing daffodils and leeks, recognised symbols of Wales and Saint David respectively, eating traditional Welsh food including cawl and Welsh rarebit, and women wearing traditional Welsh dress. A number of cities and towns across Wales put on parades throughout the day.