His feast day (St. Patrick’s Day) is March 17th and because of it’s Irish roots, the holiday often incorporates elements of Irish culture such as the colour green as well as traditional Irish foods.

Saint Patrick was born around 387 A.D. in Roman Britain, known then as Patricius. His real name was said to be Maewyn Succat. It is believed he was born in England, Scotland, or Wales to an aristocratic Christian family. It is known that he was raised near a village called Banna Vemta Burniae but its location cannot be identified. 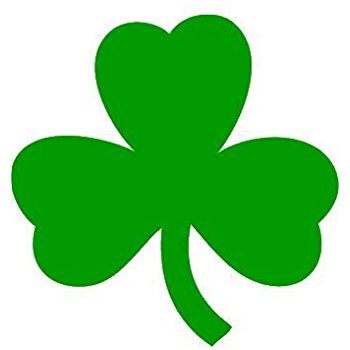 At the age of around 16, Patrick’s life and beliefs were altered in a kidnapping by Irish raiders that dragged him to Ireland. There the raiders sold him to a chieftain and Patrick was enslaved for six years as a shepherd. During this period, he became increasingly religious. He considered his kidnapping and imprisonment as a punishment for his lack of faith and spent a lot of time in prayer. Patrick reconnected with his family’s religion, putting his trust in God.

After six years of captivity, Patrick was told in a dream that he would soon be returning home and his “ship was ready.” Eagerly Patrick set off, travelling 200 miles to reach the coast. There he convinced sailors headed to Britain to give him passage on their ship.

There he had a dream that the Irish were calling him back to Ireland to tell them about God. This inspired him to return to Ireland as a priest, but not immediately. At this point he didn’t feel adequately prepared for a life as a missionary. His studies took him to France where he was trained in a monastery, possibly under St Germain, the bishop of Auxerre, and he dedicated this period of his life to learning. It was some 12 years before he returned to Irish shores as a bishop sent with the Pope’s blessing.

Patrick incorporated Ireland’s pagan rituals into Christian beliefs, making the faith more familiar to the Irish and his message began to have an impact. The now prominent Celtic cross was created for this purpose by Patrick, combining an Irish sun-worshipping ideology with the Christian cross. Patrick worked with existing missionaries to grow the small Christian communities in the region with his teachings. As Christianity spread, so did churches and schools, improving literacy and providing educational resources to the Irish.

Patrick served the country for almost thirty years before dying in 461 A.D. He planted over 300 churches, promoted literacy and education, and was the catalyst that transformed Ireland into a Christian state. St. Patrick was never canonised by the Catholic Church, but Ireland’s yearly celebration of his accomplishments has immortalised his name around the world.

St. Patrick merged Christianity with more traditional parts of Irish culture, including adding bonfires to Easter celebrations and creating the Celtic cross, which incorporates the sun with the cross.

He also is largely responsible for helping convert the Irish to Christianity.

Watch this short video to find out more about Our Patron Saint of Ireland; http://https://www.youtube.com/watch?v=xOqWT2tk9Js&t=130s