Our school is a Christian Community of learning and companionship in the Mercy tradition. Students have the opportunity to achieve academic excellence and to grow spiritually, environmentally, socially, creatively and physically. In a positive and supportive environment of mutual respect and justice, students are able to develop the full range of their talents and abilities.

Catherine McAuley founded the Religious Congregation of the Sisters of Mercy in Dublin in 1831.

Her strong faith in God nurtured by reflection on the Gospels, her deep and personal awareness of the needs of poor people in Dublin in the nineteenth century and her loyalty to the Catholic Church led her to give her life in service to others. In her educational endeavors Catherine McAuley sought:

The focus of her attention was on those who were poor, uneducated and without opportunity; her approach was collaborative and she sought to influence those at the centre of wealth and power to share in her efforts.
In the area of Primary education, she was the first of the contemporary founders of religious congregations to seek affiliation to the New National School system and is credited with having adapted creatively and constructively what was then an unsatisfactory governmental system in education. In terms of secondary or intermediate education, Catherine’s non-residential pension school for girls anticipated, by more than forty years, the Intermediate Act of 1878.

Her concern for the spiritual and material welfare of women was expressed in the setting up of the House of Mercy, where women were trained for work which enabled them to earn their living. Through her policy of self-help and the teaching of crafts and skills, she pioneered technical or vocational education half a century before such education was officially recognised. Her close liaison with the family, through visitation of homes, pointed to the need for family education and community-based learning and can be seen as the forerunner of home/school/community partnership.

Catherine McAuley was an inspired, creative innovator regarding Teacher Education. In Baggot Street she initiated a training programme for female teachers which was based on the monitor system. This predated by two years the setting up by the State of a similar teacher-training programme for male teachers in Marlborough Street. Her style of education was permeated by religious faith nurtured in an atmosphere of love. Her greatest influence as a teacher came from the recognition that she lived by the values she imparted.

The Sisters of Mercy came to Callan from Athy in December 1872, and took up residence in Callan Lodge, later named St. Mary’s Convent. In those days, Callan was a poverty-stricken town and many eked out a marginal existence. Unemployment and poverty led to malnutrition, which in turn, resulted in much sickness, particularly T.B.

Callan Lodge was vacated in September 1881 when the new Convent, St. Mary’s, was opened and blessed. However it did not remain empty for long as in 1884 the Sisters opened St. Brigid’s Missionary School.
In the 19th Century there was a resurgence of missionary activity in the Roman Catholic Church. The Callan Sisters were influenced by this missionary movement and in 1881 decided to establish, in the now empty Callan Lodge Convent, a missionary school where girls desiring to be nuns could be educated and trained. Bishop Moran gave his full support to this suggestion and the first Aspirants (as these girls were called) were enrolled in St. Brigid’s missionary School in 1884.

This Missionary School was the only one of its kind in Ireland. (A similar one for students for the priesthood existed in Dublin – All Hallow’s College) In the seventy-five years of its existence, approximately 2000 girls attended this school, which was a “kind of pre-novitiate”.

The seeds of missionary zeal sown in this school continue to flower in foreign lands to this day. 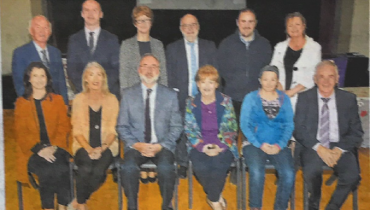 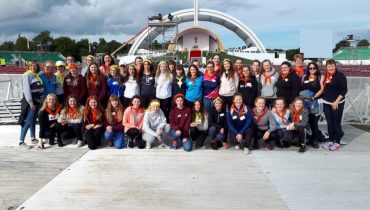 A group of 38 students and 5 adults from St Brigid’s College, Callan, were delighted to be involved… 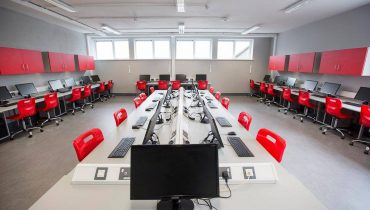 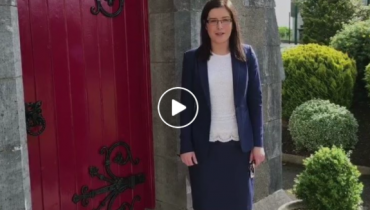 Best wishes to all our girls!! Posted by St. Brigid's College Callan on Wednesday, June 7, 2017 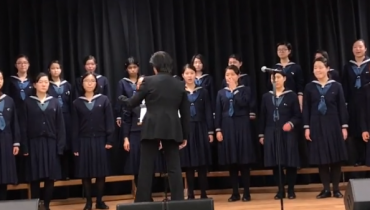