Árdscoil na Tríonóide is inspired by the educational vision of the Venerable Catherine McAuley and Blessed Edmund Ignatius Rice. It exists to provide a centre of learning where Christian values underpin and pervade all activities, where each member of the school community is cherished and respected.

In Árdscoil na Tríonóide, emphasis is placed on the moral and spiritual formation of students along with their intellectual, social and physical development. Students are encouraged to strive towards academic excellence.
This school community advocates, and will develop, a strong sense of social justice. It is intended that the experience of education in Árdscoil na Tríonóide will be happy and creative, enabling each participant to strive to fulfill his/her own potential.

Árdscoil na Tríonóide has its roots in two voluntary Catholic secondary schools that go back to the mid-nineteenth century when both the Sisters of Mercy and the Christian Brothers established schools in the town of Athy-Scoil Mhuire and Scoil Eoin respectively.

In 1985 both schools moved into a newly built shared facility on Mercy property. Agreement on a single co-educational school could not be reached at the time and co-operation, collaboration and sharing of specialist rooms were the alternative.

In December 1998 the Mercy and Christian Brother trustees again jointly addressed the issue of a single school. Provisions of the best possible educational facilities for the people of Athy was the motivation for beginning the long process that led to the opening of the new single school, Ardscoil na Tríonóide, in September 2007. It was agreed between the trustees that the Sisters of Mercy, South Central Province, would be the trustee of the new single school. In the intervening years a new trustee body for Mercy schools, CEIST-Catholic Education an Irish Schools Trust, was developed and so the new school is in the trusteeship of CEIST!

From 1999 an Amalgamation Steering Committee, representative of parents, teachers and Board of Management of both schools worked together to develop policies, liaise with the Department of Education and Science and attend to such details as a name for the school and a new school uniform. A major extension and up-grading of the existing buildings was grant-aided by the Department of Education and Science. The first Board of Management was appointed and held its inaugural meeting on 13 June 2006.

In December 2006 Anthony Creevey was appointed the new school’s first Principal and took up his position in March 2007 to allow time for planning of integration of staffs, students, curriculum, and ratification of policies by the Board of Management as well as liaising with the Architect and Builder. A Deputy Principal, John McCormack, was appointed in April 2007.

The new school opened on 1 September 2007 with an enrolment of 745 students. It was warmly and enthusiastically welcomed by the school and the local community. 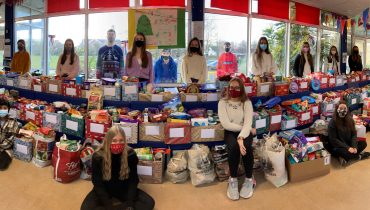 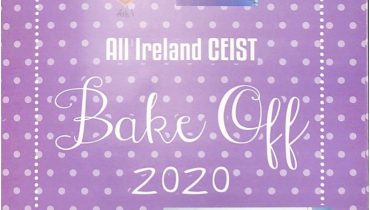 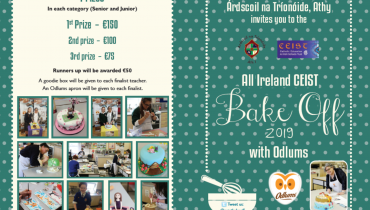 Árdscoil na Tríonóide, Athy invites you to the All Ireland CEIST Bake Off 2019 with Odlums. See below…