We see ourselves as a caring Christian community, valuing all students equally irrespective of ability.
We aim to foster and build upon the teamwork, talent and professionalism within the staff in a co-ordinated approach to the problems arising in modern education.
We aim to encourage a sense of responsibility, self-discipline and self-motivation amongst students.
We aim to develop closer and more informed relations with parents and to be conscious of the wider community and an educational resource.

Two houses and some land in Strokestown were offered to the Sisters of Mercy on condition that some Sisters would be sent to open a convent there as soon as possible. The foundation was established in 1891. Seven Sisters arrived from Sligo in that year. A foundation stone for a new convent was laid in 1895 and the convent was complete in 1897.

In 1967 the Secondary Top was amalgamated with the original Scoil Mhuire of Bawn Street. Ms. Mary Carlos had been the Principal of this school for a number of years and she was given a prominent place on the staff of the new town school. Even though the Strokestown school was never officially know s a community school, it had a strong community school dimension to it. As well as catering for a wide range of academic subjects, vocational school subjects such as woodwork are taught.

Principal and staff in Scoil Mhuire continue to seek and provide high standards of education in the Mercy tradition. 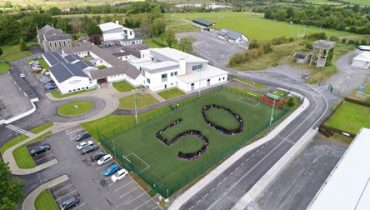 Senior prefects of Scoil Mhuire Strokestown pictured outside the school which is celebrateing its 50th anniversary. Drone Picture… 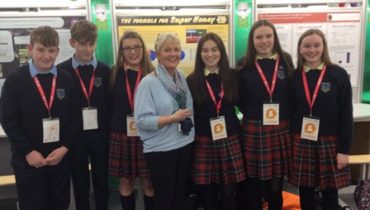 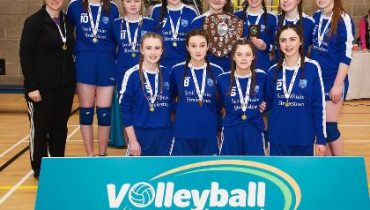