Scoil Muire Agus Padraig is a Catholic voluntary secondary school where staff and students work together in partnership with the wider community to enable all to find fulfillment by developing their gifts to the best of their ability in a Christian environment of mutual respect and loyalty.

The Sisters of Mercy first arrived in Swinford in 1855 and set up the Convent of Mercy.

Mother Evangelist McCarthy from Kerry set up the first secondary school. Because there was no proper building at the time, twelve girls began their second level education in an Improvised Intermediate School in the novitiate of Swinford Convent. There was no pressure put on any student to pay the term fee of £1.00 if their family could not afford it.

In 1910 due to an increase in numbers, the school was extended in the form of a soldiers’ hut  – an iron and wood structure.

In 1912, the sisters established a boarding school, called after Our Lady of Good Council (L.C.G.). St. Mary’s Secondary School was built in the thirties.

In 1927, Pat Durkan along with James Conway put on an annex to the existing hut. This building was standing until 1970 when the present Secondary School was built. It had five classrooms, music rooms, a library, where the works of Charles Dickens, Scott, Thackeray and Shakespeare could be found on the shelves, and a shop.

The 1940’s brought with them a new science laboratory, a new domestic science kitchen and needlework room. It was over these new rooms that accommodation for the overflow of sisters from the convent was constructed.

Boys first received second level education after the Second World War in 1945. St. Patrick’s College was founded by Fr. Jack O’ Neill. Staffed by Diocesan priests and a lay staff, classes were originally taught in the town hall. The school moved to St. Patrick’s in 1947.

A great spirit of co-operation between St. Mary’s and St. Patrick’s led to an amalgamation of the two schools in 1985 forming Méan Scoil Muire Agus Padraig. 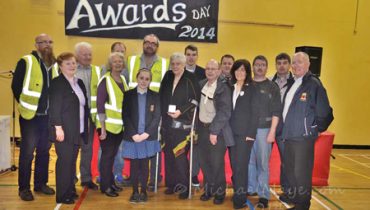 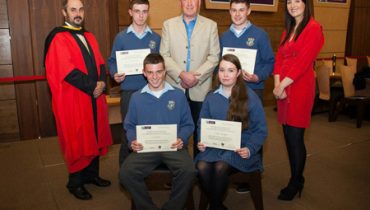 Congratulations to four students from Scoil Muire agus Pádraig, Swinford, Co. Mayo who were acknowledged for their outstanding achievements… 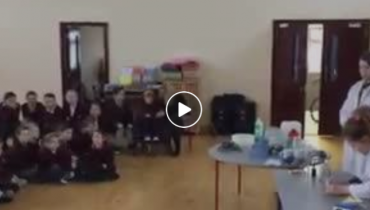