Killina Presentation Secondary School is an inclusive Christian community aimed at the holistic development of each individual.

Before the coming of the presentation sisters there were many hedge schools in Rahan. Dr. Cogan speaks of schools in Killina, Roscore , Killeranny, Clonshanny, Rahan, Cloonagh and Tullabeg. These schools must have been conducted mainly in the open air but during inclement weather conditions there sheds used wherever they were available. They were described by R. Cogan as “stables” or “miserable cabins”. Miss Maria O’Brien was the champion of the poor children of the parish and at her own expense built a school at Killina and invited the presentation sisters from Georges Hill, Dublin to come and take over the school. They came in 1817. The building was enlarged but nevertheless it served as a schoolroom by day and sleeping quarters by night. The sisters received no remuneration but laboured “gratuitously for the instruction of the poor without deriving any profit from the school”.

The schoolroom measured 18 ft x 22 ft and there were over one hundred children enrolled from the first day. In 1832 the sisters applied to the commissioner of education for a grant to enlarge the schoolroom. The cost of this extension was£91-4s-7d and the commissioners agreed to give £60 if the sisters could raise the deficiency. This, the sisters were unable to do and the board finally allowed the grant provided the extension was limited to that amount. From such humble beginnings the school continued to grow. During the famine years lace making was taught to the pupils and the ladies of the parish. The proceeds of this little industry helped many families to survive those years of want and hunger.

In 1948 the “secondary top” was started and the pupils were able to sit the Leaving and Intermediate Certificate examinations free of charge. In 1965 the new school was built in that year at the request of Fr. Kyne, Bishop of Meath, boys were enrolled for secondary education. The school attained full secondary status in 1977 and many new buildings have been erected to accommodate the growing numbers.

A model agricultural school was in operation in Rahan at the end of the last century. This would have a forerunner of the agricultural collages of the present day. 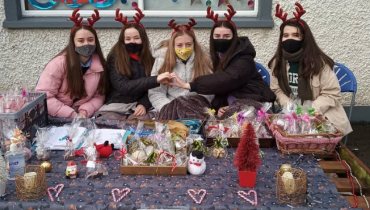 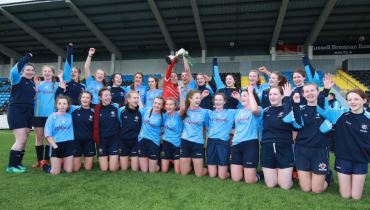 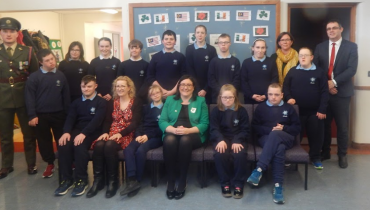 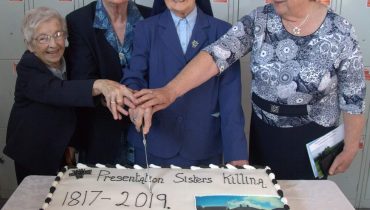 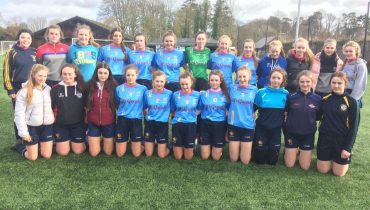 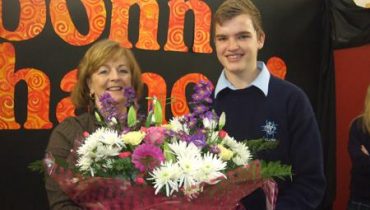