Mercy Secondary School aims to provide an educational environment where our students can develop a mature understanding of themselves and others and can develop to their full potential in every aspect of their education – moral, academic, social, aesthetic, physical and spiritual.

In accordance with the founder of the Mercy School, Catherine McCauley, her gospel and legacy, we show a special interest in the poor and disadvantaged and those with special needs.

The school furniture was old, text books were scarce and the rooms were often cold and draughty. Within two years the pupils were ready to sit for the Intermediate examinations and every one of them passed with honours and in 1952 when the first Leaving Certificate Examination was held there was one hundred per cent success. They have never looked back since.

The reputation of the Secondary School attracted many new pupils and more room was needed. It was decided to build a new National School and to renovate the old one for the Secondary pupils. Enough money was raised by the end of 1954 to start work on the building which also incorporated a Dining Hall where the pupils could have their lunch in comfort.

In 1964 the Secondary School became co-educational, one of the first convent schools in Ireland to admit boys. Co-education meant an extension of the curriculum and called for more accomodation and extra facilities. New Classrooms were built, a Metal-work Room was built and equipped in 1967 and in 1970 a Wood-work Room was erected. With classes growing all the time, teachers were appointed and a comfortable staff-room was built for them in 1974; the same year a Geography room was added.

In the 1980s numbers of pupils increased, consequently more teachers were employed and more class-rooms became a necessity. Two classrooms, offices for administration and a most most modern Computer Room were added. In 1999 the first lay Principal was appointed to the school. In 2005 three new pre-fab class-rooms were added due to increasing numbers.

Kilbeggan Secondary School has kept abreast with all the educational change of the last century and into the new millennium. May the work of Mercy Secondary School, Kilbeggan bear fruit in this world and the next. 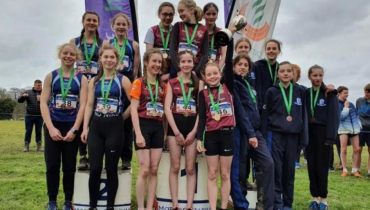 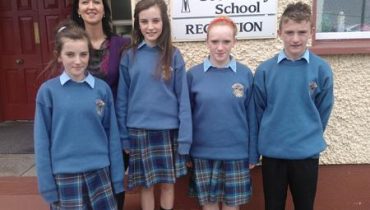 Send Them Back and the Sun Will Shine! 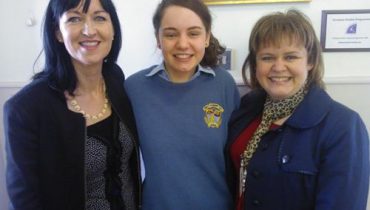