Mount Mercy College was founded in 1965 by the Mercy Order to provide second level education for the growing young population of the Bishopstown area. The school started with 26 pupils in two pre-fabs in the grounds of St. Catherine’s Primary School. Classes then moved to Scoil an Spíoraíd for a term and finally to Mount Mercy College. The official opening ceremony took place on 4th November 1969. In 2003, a three storey extension was completed and an Astro Turf Pitch has been put in place, which has added to the school’s excellent facilities.

The first three Principals of Mount Mercy College were Sisters of Mercy. In 1993 Ms. Mary Murphy who was a staff member since its opening was appointed first lay Principal. When she retired in 2004, she was replaced by the present Principal, Padraigín Uí Riordan. 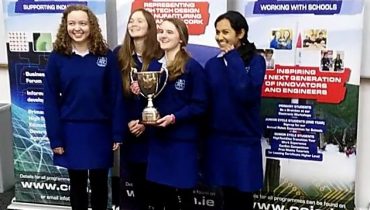 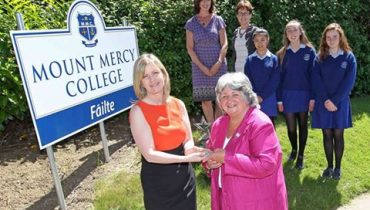 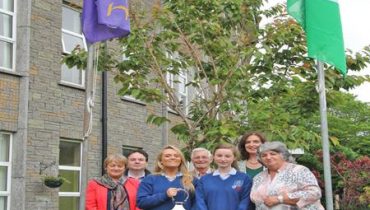 Raising of the CEIST flag in Mount Mercy College Cork