St. Mary’s School is a community which is proud of its Catholic tradition and is committed to developing each person’s full potential in positive, supportive and Christian environment. We invite everyone to participate and we urge everyone to contribute.

Our school is under the Trusteeship of CEIST. Catherine McAuley, foundress of the Sisters of Mercy, was a pioneer in Irish Education. Her primary objective was the relief, education and protection of the poor.
The Sisters of Mercy took up residence in New Ross is 1853, initially in Priory Street, and from 1856 in South Street. The move to South Street made it possible for the Sisters to become involved in the provision of education at Primary and Secondary level (Junior and Senior Departments).

The Senior Department began in 1856 as a private day secondary school teaching English, Arithmetic, needlework, knitting, lace-making, deportment, elocution and Religion. It was known as St. Mary’s, an “Academy for Young Ladies” and had about 6-7 pupils in each class. In 1917 it became a secondary school for the first time by entering the examination system of the then Intermediate Board prior to the foundation of the Irish Free State when all of Ireland was part of the United Kingdom. Curriculum: Irish, English, Maths, History, Geography, Home Economics, Crafts, Art, Music, Religion, Commerce and Typing. It continued as a secondary school under the Department of Education after the founding of the State and in 1926 opened a Boarding School to complement the Day School.

Sr. Mary Antonia Doyle, a native of Wexford town, was the first Principal of this school. The first lay teachers to join the secondary staff were Miss Frances [Fran] Riordan in 1927 and Miss Kay Bolger in 1932.
Throughout the nineteen-thirties, forties and fifties the number of pupils steadily increased necessitating a move to the premises of the old St. Joseph National School in Michael Street from 1945.

The introduction in 1967 of Free Secondary Education for day pupils by the then Minister for Education, Donagh O’Malley, was adopted by the Mercy Sisters which resulted in a dramatic increase in pupil numbers and the need to find more extensive premises. At that time the former Good Shepherd Convent in the Irishtown came on the market and was purchased by the Sisters. The school premises were transferred to the Irishtown in 1968. The first male teacher, Mr. Seamus Doyle, was appointed at this time.

Occupying at first part of the original Good Shepherd Convent premises (the Old School) the school soon needed additional accommodation due to the continued increase in pupil numbers. The Boarding School closed in 1977 and its premises were used for a time by the extending day school. In 1981 an extension to the school premises (the New School) was blessed and opened. This extension consisted of a number of general classrooms and specialist rooms for Science, Home Economics, Art, Music and Drama. 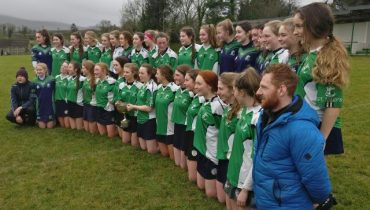 Huge Congratulations to the girls on the Junior Camogie team who played against Loreto Secondary School,  Kilkenny on… 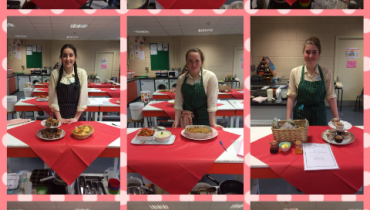