We believe in the value of the Catholic School and in it seek to integrate growth in Christ with the cultural enrichment acquired through human knowledge and skills. Our response requires deep commitment and dedication to the implementation of our mission statement.

“We are working to promote a secure and caring community environment, where respect, responsibility and Christian commitment grow; drawing forth the positive potential of each individual.”

Aim of Our School

In 1859 the Sisters of Mercy arrived in Enniscorthy to open a Convent to meet the needs of the poor. In 1860 two rooms were procured and classes for children and adults commenced. Recognising the necessity for training the young, in 1882 a workroom was opened where the Sisters taught knitting, shirt making and kindred crafts.

In 1935, a large building for the second level pupils, known as Secondary Top under the direction of Sr. Catherine Bolger was provided. In 1970, the Secondary Top was upgraded to full Secondary status with the opening of phase one of the present Coláiste Bríde. The second phase was opened in 1978.

A Prayer Room was added in 1986 and a Sports & Drama Centre was opened in 1991. Four new classrooms were added in 1995, a fully equipped computer room in 1997 together with five pre-fabs to the rear of the school. A third science lab was fitted in 1999 and the school is now the Science Resource Centre for the Southeast. 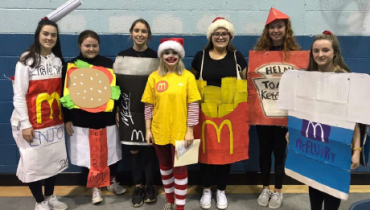 The Coláiste Bríde Enniscorthy Newsletter #19 Autumn 2019 is now available. This edition is packed full of news… 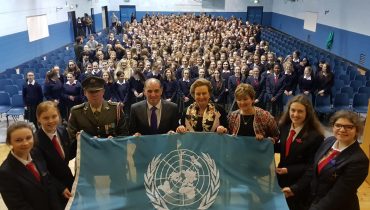 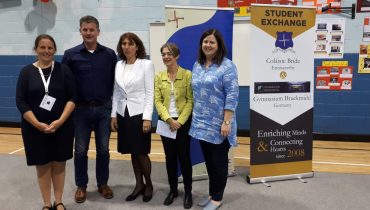 Coláiste Bríde, Enniscorthy – An Excellent Day with Her Excellency!

On Thursday last, 27th September 2018, all students of German at Coláiste Bríde, Inis Corthaidh, had the privilege… 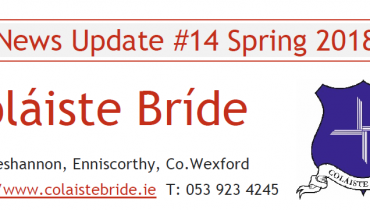 A Chairde, Welcome to the latest edition of our school newsletter. It was an exceptionally busy second term…