Following the announcement by Ruairí Quinn, T.D., Minister for Education and Skills on 12th November 2012, eight schools in seven different counties were picked to commence construction under the Public Private Partnership (PPP) model with immediate effect.

CEIST is most grateful to the Minister for Education and Skills, Ruairí Quinn, T.D., together with his predecessors in the Department of Education and Skills for authorising this project to proceed to construction stage, as a result of which a new Catholic Voluntary Secondary School is being created in Doon, Co. Limerick under the Trusteeship of CEIST.

This is a momentous occasion for CEIST and one which will be celebrated by all in the Catholic Voluntary Sector.

The “Turning of the Sod” for the new school called Scoil na Trionóide Naofa, took place on the green field site at Doon, Co. Limerick on Tuesday 11th December 2012.

Scoil na Trionóide Naofa will cater for 850 pupils. This is a particularly significant event for CEIST and for the Principals, staffs, students and the parents of the three existing secondary schools, St. Joseph’s, St. Fintan’s and St. Michael’s College.

CEIST expresses its appreciation to all those who have brought this Project to fruition, including the staff, past and present of St. Joseph’s, St. Fintan’s and St. Michael’s College and the current Principals, John Kinsella, Eddie Bourke and Michael O’Connor.

Our special thanks to the Mercy Congregational Leaders; past and present Boards of Management Chairpersons, Members and CEO of Co. Limerick VEC.

The realisation of this new school could not have occurred without the vision and commitment of CEIST, the Edmund Rice Schools Trust and Co. Limerick VEC. The Trustees commend the local community in playing an active role on the amalgamation Steering Committee and Boards of Management, and also acknowledge the great generosity of the local GAA GFC.

The School Principal appointed for the new school is Ms Eilis Casey and Deputy Principal is Mr. Roger Corcoran.

CEIST offers best wishes to both and to all of the staff in this exciting new era for the school. 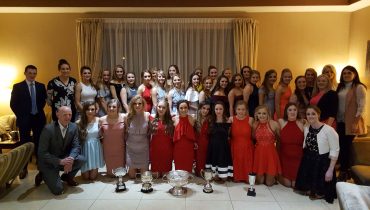 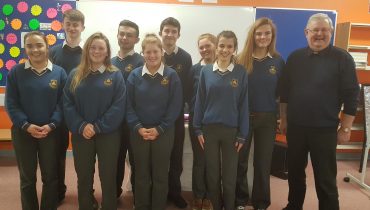