Our Work: We strive to enable every student to develop her unique potential in an atmosphere of learning and respect, guided by the Mercy philosophy of education.

Our Vision: It is our vision that each student leaving St. Vincent’s will, during her adult life:

The year 2003 was a very special year for St. Vincent’s, Dundalk as it celebrated the 150th anniversary of its establishment. Six Sisters of Mercy arrived in Dundalk on October 27th, 1847. The old Excise offices on Seatown Place were purchased as a Convent. Then in 1853 a girls’ National School was opened and a vocational school for women and children where lace-making, crochet, knitting and shirt-making were taught. However, there was also a need in the area for a Catholic school for ‘higher’ education and it was decided to open a ‘pension’ or fee-paying school, with relatively low fees, and St. Vincent’s was established. The first pupils were registered on 10th October 1853.

The school of course was very different then. There were no state exams and no distinction between Primary and Secondary. Children started as young as three and many stayed for thirteen or more years. Sometimes a number of children from the same family started together; others attended for part of the year only. And of course, many boys also enrolled in St. Vincent’s. In fact, the first three pupils registered that first day were boys – Vincent Carroll, John Farrell and Thomas Brown.

They were the sons of local, prominent businessmen, who gave the school the best possible vote of confidence. Vincent was the son of PJ Carroll, of the tobacco firm; John was the son of Joseph Farrell, a merchant and ship-owner; Thomas was the son of Stephen Brown, who owned the mills in Mill St. and at Philipstown. In time, similar schools for boys were opened in town and St. Vincent’s became more and more a girl’s school, although boys continued to attend St. Vincent’s Junior School right up until it amalgamated with the Réalt na Mara National School in the 1960s.

The original school building, which now houses the canteen, was soon too small. A new extension was opened in 1880, the same year as the passing of the Intermediate Act, and pupils were prepared for the new exam. However, this scheme was soon abandoned because of parents’ concerns that the long hours of study needed “were injurious to the health of young ladies”. By the turn of the century attitudes towards the further education of girls and young women were changing and a new wing was built on Seatown Place to cater for increased demand. This building, which is now used as the school Assembly Hall, was opened in 1903, so 2003 was also the 100th anniversary of this extension. Since then there have been further extensions and continuous improvements at the school, and it looks forward, with confidence, to the next 150 years.

Over all those years, and still today, our school is inspired by the vision of Catherine McAuley and informed by, and influenced by, the teaching and example of Jesus Christ. Consequently, those who are disadvantaged or marginalised have a particular welcome in our school. 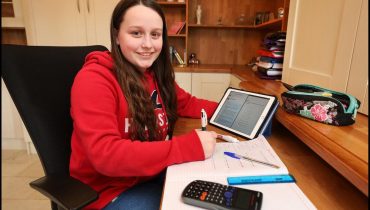 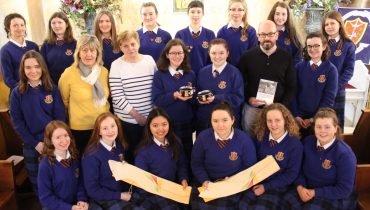 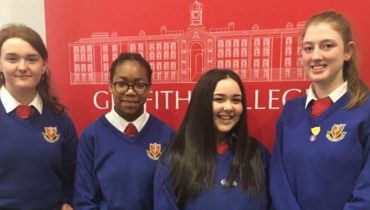 St. Vincent’s Secondary School debating team have once again proven they are made of stern stuff when they… 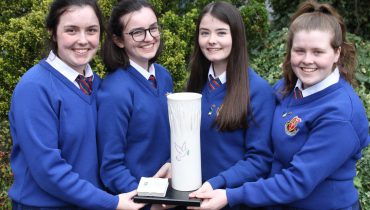 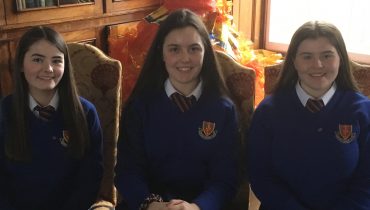 St. Vincent’s debating and public speaking team are set to bring their rhetorical prowess to the stage yet…

TY students had fantastic day in Bank of Ireland Global Markets today. Students got to sit with the…