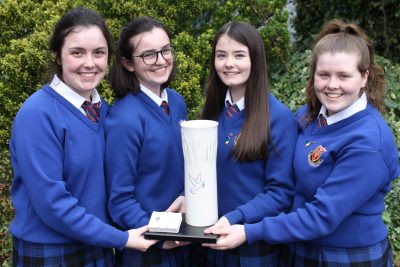 St. Vincent’s public speaking and debating team are continuing their winning streak as the girls clinched gold in the Leinster Final of the Knights of St. Columbanus Public Speaking competition.  Doireann Minford, Sadbh Boylan, Leah O’Shaughnessy and Gillian Fearon delivered their impassioned speeches in favour of the abolition of the death penalty in the Knights’ headquarters at Ely House on Monday last. The adjudicators were deeply impressed by the depth of knowledge, highlighting the detailed research the team had carried out. The polished delivery on the day ensured the girls secured their place in the national final which will take place in Maynooth on Saturday. The team were presented with a Belleek trophy and €200 which they have donated to the school library.

The win comes at a busy time for the team and their coach, Victoria O’Hagan, since esteemed team member, Leah O’Shaughnessy (already a national champion having won last year’s European Soapbox award) will deliver a speech in the national final of the Action Aid public speaking competition which takes place in Dublin on Wednesday. Indeed Dublin Castle will on Friday pay host to another team member, Emma Connolly, who will deliver a Ted Ed talk on the benefits of music education in commemoration of the first sitting of the Dail in 2019. It is clear that the hard work of the team is paying off and we wish them the best of luck as they strive to bring home the gold once again! 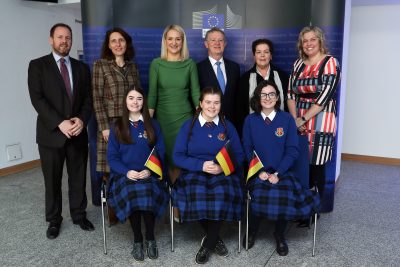 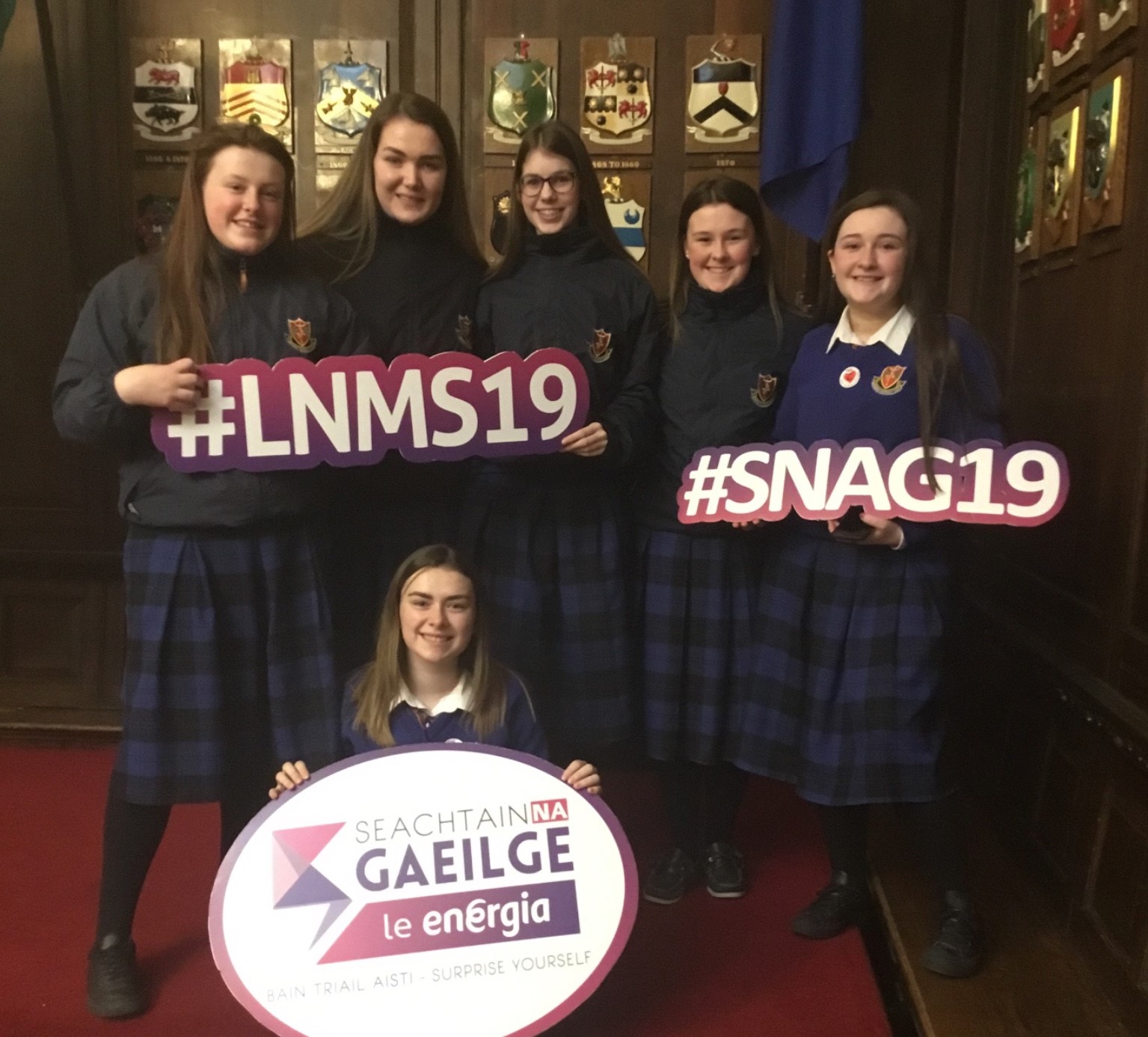 As part of the ‘Seachtain na Gaeilge’ celebrations taking place nationwide in March, a group of students from St Vincent’s Secondary School were invited to the Mansion House in Dublin by Conradh na Gaeilge for the launch of their ‘Lá na Meáin Sóisialta’ or ‘Social Media Day’. Due to the regular support of Conradh na Gaeilge by the school and participation in many of its organised events over the past number of years, as well as the culture and emphasis placed upon the Irish language within the school, St Vincent’s was one of four schools in the country to be invited to the event, the first of its kind for Conradh na Gaeilge.

Seven fifth year students, Amy Babington, Hannah Culligan, Shannon Doherty, Katie Farrell, Doireann McElroy, Laura Whelan and Clodagh Vaughan, were chosen to attend the event. At the Mansion House, the students were given the opportunity to meet with the ambassadors for Seachtain na Gaeilge and watch a live panel session, which was also broadcast on Facebook Live. The girls also participated in a number of workshops, designed to promote the use of the Irish language on social media.