Scoil Mhuire is a voluntary Catholic secondary school under the trusteeship of CEIST.

The school aims to provide a holistic education for students in the South Inishowen area. The school provides a broad-based curriculum at Junior and Leaving Certificate level and encourages students to aspire to third level education. It is the school’s philosophy and ethos to educate students in an atmosphere of order, care and respect.

Scoil Mhuire endeavours to educate and develop all its students to full potential in an atmosphere of learning, care, respect, trust and Catholic principles.

Scoil Mhuire actively encourages the partnership approach between staff, students, parents, trustee, Church, Department of Education & Science, Community and various agencies to ensure that these aims are achieved. At present the school enrolment is 760 with a teaching staff of 49 full-time and 6 part-time teachers.

In 1722 a man died in Westbrook, leaving a house in his will to the Bishop of Derry, asking that a Convent be founded there so ‘that the children of Buncrana area might attend a Convent school. The Bishop of the time, Dr. McHugh, informed the nearest establishment of Mercy nuns which was in Derry but the sisters at the time were unable to form a branch in Buncrana so the Bishop then asked the Strabane nuns, to establish a branch house in Westbrook. The bequeathed house however, was found to be unsuitable for a Convent. It was sold and the money received went towards the purchase of Rockfield House and the adjoining land from a Mr. Culhoon. The house and land approximately 10 acres were bought for five thousand pounds and the site was ideal for a Convent.

Four nuns took possession of the house on May, 7th 1922. Mother M. de Pazzi was superior, Sr. Zita and Sr. Josephine traveled each morning by jaunting car to teach in Cockhill. In 1924 a new national school was built in Buncrana for girls; the subjects taught to these girls were: Irish, English, Maths, French, History, Geography and Drawing.

In 1933 a secondary Top was established to cater for these girls who wished to continue their education further than the Primary level and were unable to do so because there was no secondary school within a reasonable distance. In the Secondary Top pupils although on the primary school roll had the same curriculum as pupils attending proper secondary schools. They sat for the same exams, Inter, Matric Leaving and Civil Service. The Inter was taken after two years and the Leaving after four. The Secondary Top classes occupied two rooms in the primary school in the beginning, but as a result of the ever increasing numbers some rooms in the convent were used as classrooms. A boarding school was established in 1934.

The 7th of May 1947 was the Silver Jubilee of the foundation of the Convent. His Lordship the most Rev. Dr. Farren celebrated mass in the primary school. When addressing the congregation he suggested that it was time that a proper Convent be established for the sisters. The number of members increased and the original house was now unsuitable. A committee was formed to collect funds for a new building. The sod was cut on 2nd of February, 1951. The foundation stone was laid on 2nd February 1952. and on the 23rd September 1953 the sisters moved into their new Convent. Mass was celebrated by the Bishop.

Several attempts were made to build a new Secondary school but no grants were available from the Department of Education and the community could not afford to finance one. Eventually the Department announced that a building grant of 65% was available. Application was again made, plans drawn up and finally a new school was begun in 1970. It was completed and pupils went into the classrooms in September, 1973. No grant was available for a gymnasium or Assembly Hall, but depending on providence and the generosity of Buncrana again work was begun on the Assembly Hall and completed within two years. The school went Co-educational in 1967. 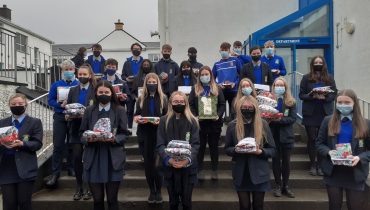 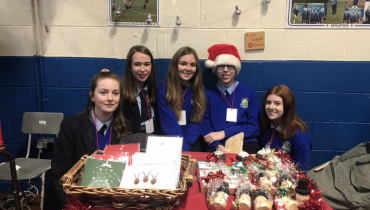 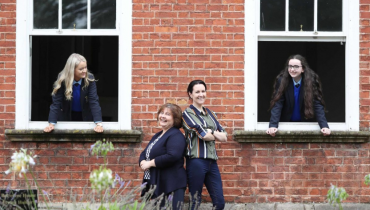 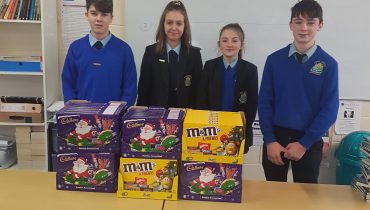 Advent Advent 2018 was a busy time in Scoil Mhuire, Buncrana, Co. Donegal.  Here are just a sample of… 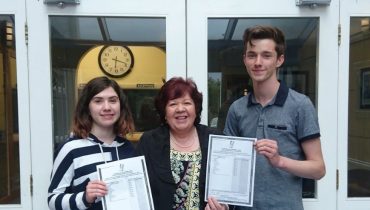 Success and achievement for all at Scoil Mhuire, Buncrana 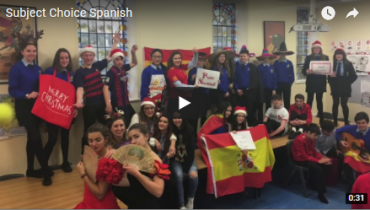 We know it is a hard to pick your subjects at secondary school, so we have put together…