Presentation Secondary School is a Catholic school for girls inspired by the vision of Nano Nagle. This school is a community of students, parents, staff and management.

Together we aim to provide our students with an education for life, recognising and fostering in a caring environment, the unique dignity and value of each.

In 1798 Presentation Sisters set up a foundation in Waterford, the fourth house of the Congregation. A poor girl’s knowledge of her catechism and her exemplary life (a pupil at Presentation school in Cork) led interested persons to establish a similar school in Waterford.

A lease was taken by a trustee, Edmund Rice, on behalf of the nuns, on a piece of ground just outside the city walls, at Hennessy’s Road. The Sisters left Cork for Waterford on 3 September 1798. Due to militia activity near Kilmacthomas their arrival in Waterford was delayed until 6 September. On 6 November they opened a school in Jenkins Lane. In December a formal permission to teach school was sought from the Protestant Bishop, Dr. Richard Marley. The licence which would lessen the danger of change of Government attitude affecting their freedom and would excuse them from paying most of the Window Tax, was granted on 16 December 1799.

In March 1800 the three Sisters moved into the new convent in Hennessy’s Road. Reporting on their 1825 visitation of schools, the Commissioner of Education stated: “We have visited these schools and found them well conducted with great order and regularity and the children well supplied with books and every school requisite…” Priority was given to religious formation. Adults attended on Sunday afternoon after Mass. Vocational education was also an essential part of the curriculum. A soup-kitchen was operated also.

On 3 May 1848 Presentation Sisters moved from Hennessy’s Road to a Pugin-designed Convent at lisduggan. A large classroom formed the north wing of the convent with an Adults’ Room nearby. Adults attended for instruction, books were provided for the literate and pictures for those unable to read. Those unable to attend on weekdays came on Sundays.

The school came under the National Board in 1880 when state money was received fro the payment of mointresses and for buying school requisites. In 1898 a new infant school building was erected as temporary accommodation – it lasted until the 1980’s! In 1923 another two-storey national school building opened. In the mid 1930’s a decision was taken to set up an Intermediate School where pupils would be prepared to sit the state examinations. This secondary school, housed within the Convent, opened in 1938.

All subjects were taught through the medium of Irish. In 1956 a supplementary school was built to accommodate the junior classes. In 1963 a large new Primary School was built and linked to a fine Assembly Hall. In 1964 the secondary school moved into the building vacated by the primary school. On 11 October 1970 work commenced on a new secondary school building, which was built in stages. A full-sized sports hall was added in 1983.

The first Board of Management was set up in 1989. The first lay Principal took up the post on 1 September 2002. 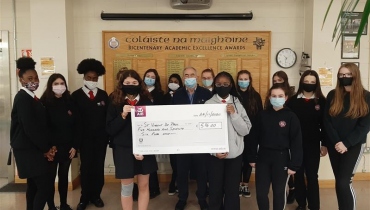 Embracing Technology in Education Although the current academic year has been fraught with challenges, it has also encouraged… 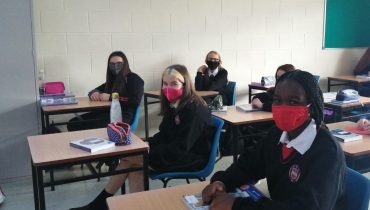 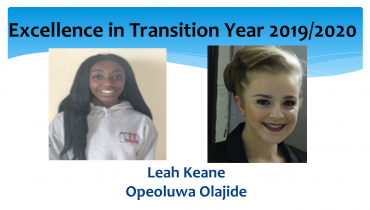 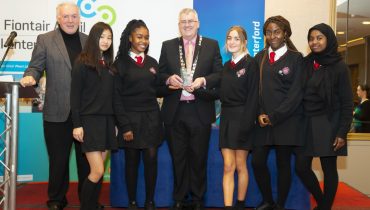 Celebrating Success Blissfully unaware of the unprecedented chaos that was heading our way, our school charted through the… 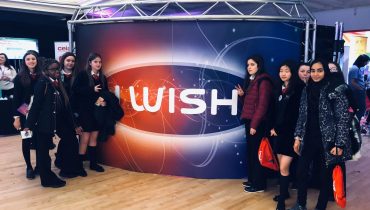 Busy Transition Years Transition year students kicked off 2020 with a focus on the future, with subject choices…