The Concern Debates competition is Concern’s flagship school’s activity since 1984.  The mission of the Concern Debates is to engage young people with social justice topics and to raise awareness of global development issues and the work of Concern, objectives very much in keeping with the CEIST Charter.

The competition runs for several months and is completed over a number of stages. Every year, more than 100 schools argue their motions in the hope of being crowned the Concern Debates Cup champions and we are delighted to see so many CEIST schools participate.

Due to the pandemic, this year the competition moved to an online/virtual platform and saw the introduction of the Concern Debates Shield.

Congratulations to all our CEIST schools who took part in this competition but special mention to St. Joseph’s College Lucan, who reached the semi-final of Concern Shield Debates 2021 competition.

Huge Congratulations also to Ardscoil Mhuire Limerick on getting to the first ever All Ireland Concern Debates Shield Final but who were unlucky to lose out when they competed against Friends School Lisburn on 28th April, an amazing achievement.

No strangers to the competition Presentation De La Salle Bagenalstown once again earned their place in the final of the Concern Debates Cup, facing Bailieborough Community School at the final stage and were delighted to be crowned winners.  This wonderful achievement is justly deserved and recognition of all the hard work along the way.  Congratulations to the team and know we are so proud of you! 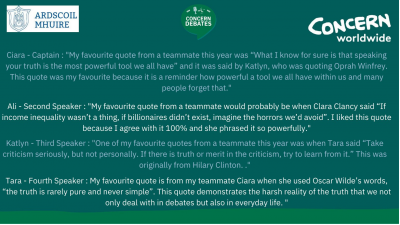 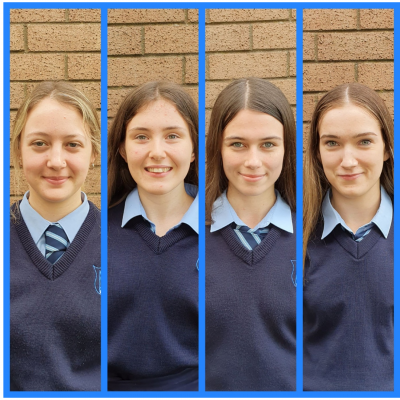 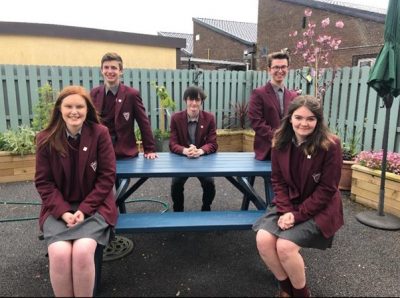 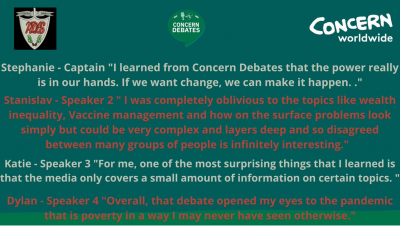 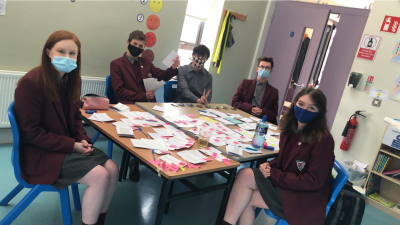