Coláiste Muire is committed to developing a dynamic Christian School Community which fosters spiritual and personal development. We strive for academic excellence and seek to nurture a sense of self-worth, while having particular concern for the needs of the academically and socially disadvantaged.

In 1854 the Sisters of Mercy from Limerick established a house of the order in Ennis at Arthur’s Row, off O’Connell Square. There they opened Coláiste Muire on the 5th September 1860 and transferred it to its present location on College Road in 1941. It accommodated boarders from 1865-1984.

The first convent chapel, built in 1869, was located upstairs in what is now the Riches of Clare Museum and had a stained glass sanctuary window depicting the corporal works of Mercy in eight panels. The window was the work of stained glass specialists Mayer & Co., of Munich, Germany and was the gift of the parish priest of Ennis, Dean Kenny. It was transferred to a new chapel opened in 1895 and was removed after the convent was sold in 1993. Two of the panels were incorporated into the new convent on Station Road in 1994.

This particular panel was restored by Abbey Stained Glass, Dublin and incorporated into Coláiste Muire in 2004 to mark the 150th anniversary of the arrival of the Sisters of Mercy in Ennis and to symbolise the long tradition of Mercy education in the town. It is also intended as a token of gratitude and appreciation to all the Sisters and their colleagues who faithfully handed on the torch of Catholic education.

Today Coláiste Muire is a vibrant progressive establishment renowned for innovation and curriculum development. We are an all girl’s school catering for girls in the Ennis area and environs. We offer an inclusive education focusing on high achievement in a supportive and caring environment. 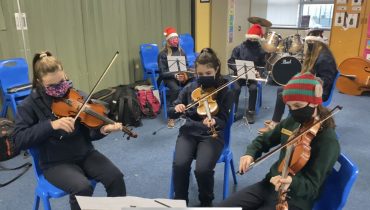 Christmas Shoebox Appeal In previous years, the first weeks of November were a busy time for Transition Year… 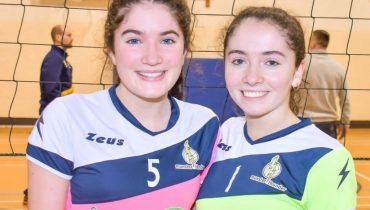 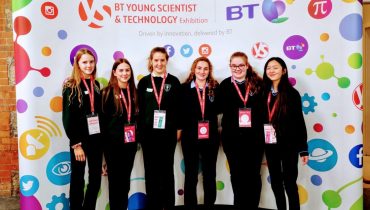 Coláiste Muire Ennis Young Scientists Well done to the Coláiste students pictured above, who took part in this… 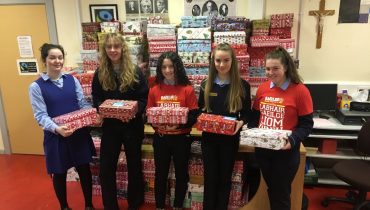 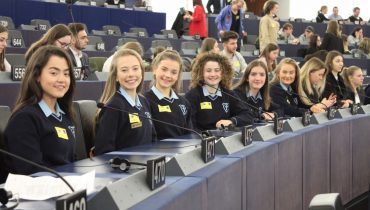 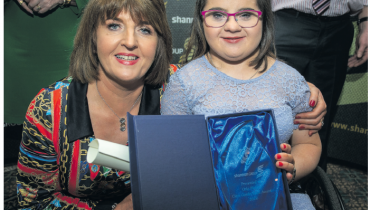