In addition, Niamh now in Transition Year has won individual speaker of the night and goes straight forward to the quarter finals of the Munster Schools competition run by the Philosophy society at UCC recently. 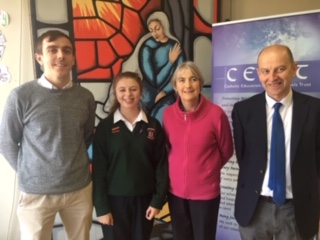 Scoil Mhuire students marked LGBTI+ Week by displaying a montage of drawings of their hands on the wall of the school hall. 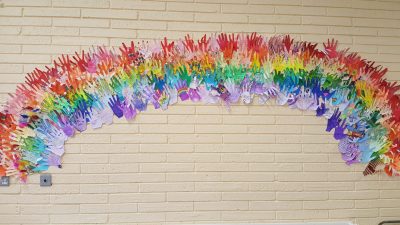 Haley Starr, a member of the Scoil Mhuire Leaving Certificate class of 2018 has been awarded the prestigious All Ireland JP McManus scholarship as well as being presented with a TCD Entrance Exhibition award. Both awards are as a result of her exceptional LC results. The value of the JP McManus award is set at 6750 per annum for the duration of the student’s undergraduate programme. Last May, Haley wrote an account of her time at Scoil Mhuire- one comment resonated with all who read it. She said “This school has been a safe place for me. The first time I walked through the doors in 2012, I was afraid. It took a while to get comfortable.  Every morning I walk into this personalised little world of textbooks and squared paper, laughter and tears and I love it”. 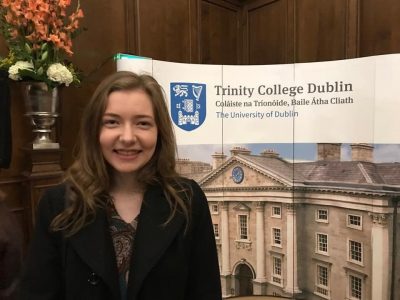 Congratulations to our students who received their Gaisce silver medals at an award ceremony in the Aula Maxima UCC on October 11th. Pictured below are 8 of the 9 girls who completed the Gaisce silver award challenge. 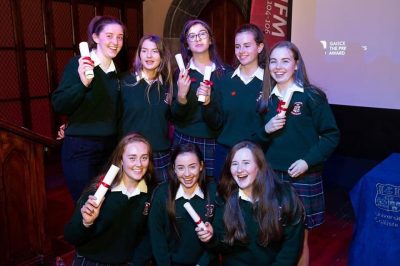 Miriam Daly represented Ireland in the 400m hurdles at the Youth Olympics Games held in Buenos Aires in October. Her fellow fifth years held a surprise coffee morning in her honour before she left. She was also guest of honour at a special school assembly on the eve of her departure. 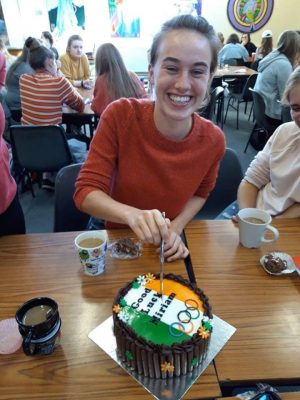 Scoil Mhuire students were in high spirits prior to mass celebrated by the pope at  the WMOF event in the Phoenix Park. The girls as well as acting as umbrella holders for Eucharistic ministers also took on stewarding roles on the day. 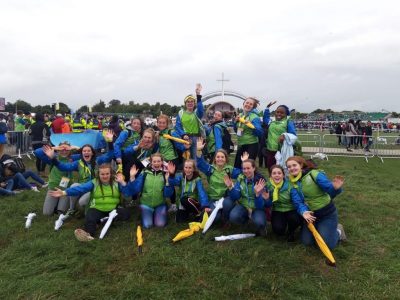 On October 26, 2018, the Sixth Year history class travelled to Dublin. First stop was Croke Park where they had the 1920 Bloody Sunday tour of the stadium. It was a special moment for Laura Shelly (her Great Grandfather played on the Tipperary team on that fateful day) when the tour guide showed us the commemorative plaque. The girls then went to Glasnevin Cemetery where they visited graves of historical figures. They arrived just in time to witness Pearse’s famous graveside oration in a re-enactment. The highlight was when Rachel Fogarty sang a rendition of ‘Grace’ at the graveside of Grace Gifford Plunkett. A great day was had by all.🎶📖☘