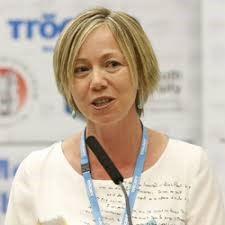 In September, people from all over the world are preparing to mobilise again to call on governments to take urgent action on climate change. In the face of growing signs of climate breakdown, and slow response from governments, a truly global social movement has been emerging over the past twelve months. The movement is being led by teenagers, many of whom like Greta Thunberg, have been staging weekly ‘climate strikes’ – skipping school each Friday to highlight the existential threat posed by climate change. Other campaigns groups have agreed to join the teenagers in September in an unprecedented show of inter-generational solidarity in the face of the climate crisis. These groups include more established NGOs, as well as unions, faith groups and newer groups such as ‘Elders for a Safe Planet’, ‘Extinction Rebellion’ and so on. Above all, the call is for peaceful protests in as many places on the planet on the same day.

The science on the current state of the climate is alarming. The events of summer 2019 have shocked even the most well qualified climate scientists. The summer has brought dramatic melting of the Greenland ice-sheet, unprecedented heatwaves in Europe, a ring of fire in the Arctic Circle, and burgeoning methane lakes in Siberia. Most recently, the world has watched on as horrific fires in the Amazon rainforest burn uncontrolled. These fires driven by disastrous economic and political policies underpinned by a deep populist denial of climate change. Scientists have warned that the likelihood of irreversible feedback loops has increased dramatically in the past few months. This means that what is lost now is never coming back. The changes to eco-systems are permanent.

Many countries have called climate emergencies, but are at a loss when it comes to translating that urgency into policy implications. Those implications require far reaching political and social change. Without a massive sea change in public understanding and ‘buy in’ to the changes needed, the changes will be too late to avoid catastrophic climate change. In the words of campaigner Bill McKibben, when it comes to climate change ‘winning slowly is another way of losing.’ At present, the world is losing the climate change battle. The most recent IPCC status report on keeping global warming below 1.50C came to the startling conclusion that the next decade of humanity is the most important since humans have stepped on this planet. Speaking at the launch of the report in November 2018, Deborah Roberts, the co-chair of the working group stated that:  “The next few years are probably the most important in our history.” Scientists have said that there is one decade to make the vast changes needed – but actually the next two years are critical given the long-term nature of policy change. The times we are living in are unparalleled. The stakes for the generation born and in school today could not be higher.

It is against this backdrop of science, urgency and mobilisation that Catholic schools today are thinking about how and whether to engage in planned protests.

The engagement of Catholic schools in the whole issue of climate change very much calls into question the essence of what it means to be a Catholic school in the 21st Century. The specific purpose of a Catholic education is the formation of boys and girls who will be ‘good citizens of this world’, loving God and neighbour and enriching society with the leaven of the gospel.

Beyond religious education, participation in the sacramental life of the church, fostering a sense of broader community, many schools are asking what is distinctive about the ‘ethos’ and ‘values’ of Catholic education.  Pope Francis has challenged traditional viewpoints in three key documents [1] which all point to the need to rethink our Catholic identity in view of protection of Creation. In Laudato Si, in particular, Pope Francis states that: “Living our vocation to be protectors of God’s handiwork is essential to a life of virtue; it is not an optional or a secondary aspect of our Christian experience” (LS n217) He goes on to talk about the need for an “ecological conversion” which is also a “community conversion.”

For Catholic schools, which are first and foremost called to be an authentic experience of living community, this call to ecological conversion and to be “protectors” is key to the definition of ethos in the future. Any experience of authentic Christian living, which witnesses to Gospel values, must model care for other human beings – but also for all the myriad of species in Creation. This goes from the very simplest of tasks, such as engendering responsibility to recycle well, to only use what is needed, to engage with nature in a loving manner – all the way up to how to challenge those negative behaviours and social norms that promote destruction of nature. Catholic schools have a key role to play in modelling and promoting simple living, sustainable consumption and, for example, avoiding the traps of fast fashion and youth trends which impact on the environment.

However, given the scale and urgency of the climate crisis, and the unprecedented threat to the next generation, it is right to pose the question of whether Catholic schools could play a more prominent role in publicly endorsing or participating in the global days of action for climate change – especially those led by teenagers. Such engagement would be based on the premise that climate change is at odds with a genuine and consistent ethic of life in all its fullness. Teaching pupils about the Catholic values around life is only consistent within a much more integrated call to protect all life on the planet.

Climate change is the greatest social injustice of our time. It speaks to the need for greater concern for those living in poverty and the common good. The call to witness to Gospel values challenges those in wealthy nations, those with high GHG emissions, to act in solidarity with those living in poorer communities affected by climate change. Acting to protect creation is also about witnessing to the fact that we are all global citizens and called to speak out on behalf of those who have no voice.

On the darker side, it is very clear from surveys that climate change ranks very high in the fears cited by teenagers and young people about their future. Many young people are facing high levels of ‘eco-anxiety’ and in some instances, this is leading to higher levels of depression and despair about their future. This growing anxiety is accompanied by a sense that the older generation has abandoned the youth to climate change and is unwilling to make necessary changes to their lifestyles to enable emissions reductions.

In light of this, the global days of action on climate change offer an important opportunity for schools in a number of ways:

Child safety concerns are paramount for every school, particularly when it comes to taking part in large public demonstrations. As well as the usual concerns over adult-student ratios, there are genuine concerns over public order, the risk that any protest could turn conflictual, and other related concerns. As with any such participation, the primary concern has to be the pupil safety and well-being. Local guidance from police and public authorities should be listened to.

Many schools have engaged in large protests successfully. Some have closed early in order to facilitate student participation. Others have organised buses to attend events as an extra-curricular activity. Some have integrated participation into a whole day of activities around ecological action, involving parents and students.

Participation in a large event, however, is not essential. In many ways, localised events organised by schools in individual parishes and towns can be just as impactful – if not more. Doing these in a coordinated way – on the same day as the global protests – can make the students and community feel part of the global day.

Some examples from Ireland: