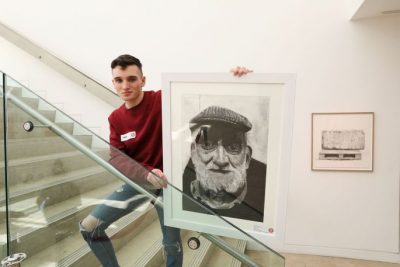 Congratulations to Jack McGrath (5th year) on his win in the 64th Texaco Children’s Art Competition. Jack won third prize in Category A with his entry entitled ‘Wisdom’. Jack, along with his family, attended the Royal Hibernian Academy in Dublin on Tuesday last to collect his award.

We also congratulate Anthony Rawl (2nd year) who has received a special Merit award in Category G with his entry entitled ‘Lino-Print – Self-Portrait’. Anthony will travel to the Royal Hospital, Kilmainham in Dublin on 30th May to pick up his award. 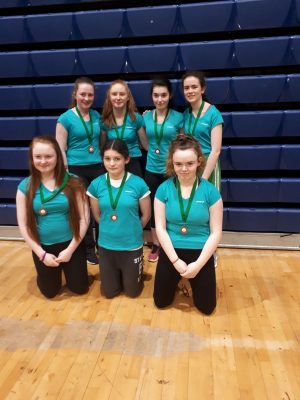 Congratulations to Coláiste Muire’s girls Table-Tennis team who came third in Ireland in the All-Ireland Table-Tennis finals which were held in the National Basketball Arena in Tallaght on 26th April.