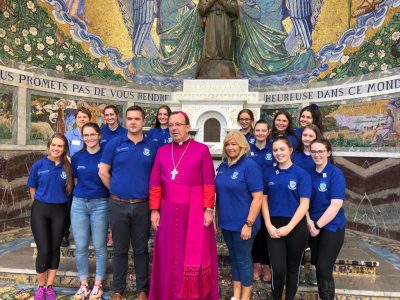 Pictured with recently retired Bishop Thomas Deenihan is a group of students from Eureka Secondary School Kells, who have just returned from Lourdes as part of the Meath Diocesan Pilgrimage 2019.

The students immersed themselves in the Lourdes experience, giving selflessly and generously by assisting the hospital pilgrims, attending the various ceremonies and masses including International Mass, visiting the grotto where our Lady appeared to St. Bernadette and the baths where pilgrims can bathe in the healing spring water. This was a particularly difficult year for the girls after the recent tragedy in the school and they very much appreciate the support and encouragement shown by Pilgrimage organisers and helpers and extend their thanks to all involved. 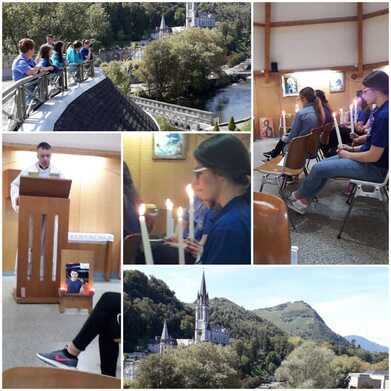 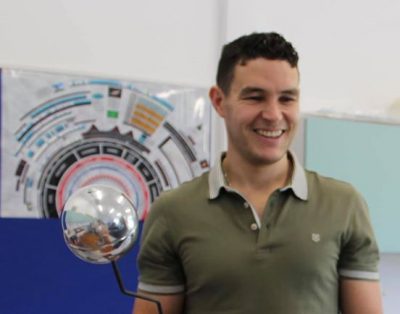 On 8th September, it was with huge sadness that that we woke up to the news of the untimely death of one of our colleagues in a tragic car accident. Craig Lynch joined the Eureka staff in January 2014, fresh out of DCU, as a Physics and Science teacher. He was an inspirational and dynamic young teacher who allowed his students to flourish. He was central to driving the Junior Cycle science curriculum and always had wellbeing as a focus. He enriched school life for students and participated in many extracurricular activities such as Erasmus. 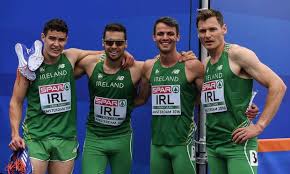 Outside school he was a well-known athlete and represented his country at International level. He was part of the Ireland team that ran in the 2015 World Relay Championships alongside Thomas Barr, Dara Kervick, Brian Murphy, Brian Gregan and Richard Morrissey. In 2016 he won the 400m in the European Championships and was acclaimed as the fastest man in Ireland. In 2017 he was named The Anglo-Celt Cavan Sportsperson of the Year for his achievements in 2016. After a period of injury he was back training with his teammates for the next Olympics in Tokyo in 2020. Originally from Shercock in Co. Cavan, the young father of one is sorely missed by everyone.