Soccer Success for the Pres Thurles

Our soccer team travelled to Home Farm Fc, Dublin on Wednesday morning last to contest the 2018 Senior All Ireland A final. Their opponents were Ulster champions Moville, previous winners of the competition and Ulster champions for the third year in succession. Our team consisted of three second year students in a starting eleven that featured no sixth year student, a real rarity at this level, however this team was packed full of talent and would more than match their Donegal counterparts throughout an absorbing encounter. Moville settled first and put the Pres goal under siege throughout the opening exchanges but captain Katie Ryan marshalled her defence expertly and goalkeeper Rachel Sweeney proved to be in inspired form on the day. Having survived some early scares we grew into the contest and as half time approached an opportunity presented itself when the tireless Lauren McCormack won a free kick just outside the Moville box. Aoibheann Clancy’s skilful delivery evaded everyone and found its way to the Donegal net courtesy of the post. This was a huge boost to our side as they headed into the halftime break. The second half began in a similar fashion to the first with Moville enjoying lots of possession and Thurles having to defend for long spells. Ciara Dwan playing in a sweeper role denied Moville on countless occasions and keeper Rachel Sweeney was equal to anything that passed her defence. On the hour mark Pres Thurles struck the killer blow when a rare break out from defence saw Casey Hennessy release Emma O’Sullivan with a pin point pass and O’Sullivan calmly slotted the ball beyond the Moville goalkeeper to spark wild scenes of celebration amongst the large Thurles crowd. Moville continued to attack but Pres Thurles stood firm and defended resolutely all the way to the final whistle to secure a historic second national title in three years. 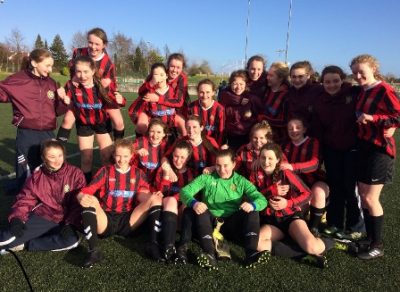 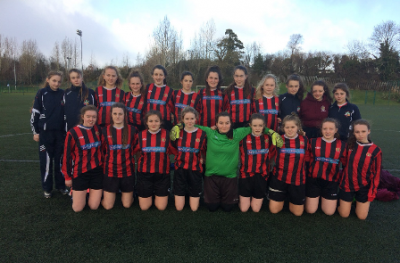 Pictured are the Pres Thurles Senior A Soccer Team who advanced to the FAI Schools National Cup Final after beating Convent of Mercy, Roscommon 2-0. Congratulations to both the team and their coach Mr Ryan. 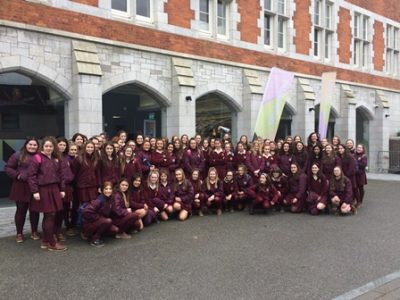 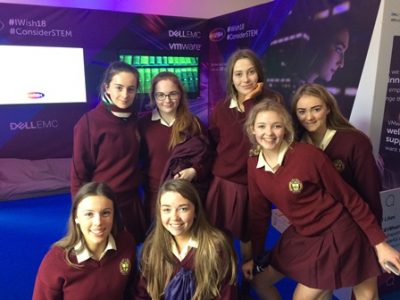 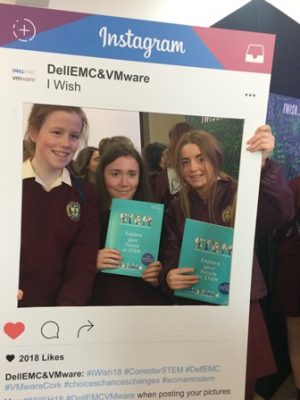 TY students recently attended the IWISH event in Cork City Hall. The conference was given by leading successful women in STEM who promoted inspired and encouraged the girls to pursue careers in the Science and Engineering fields. They also visited Nano Nagle Place. 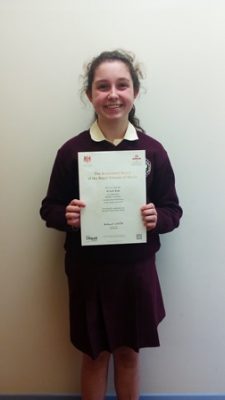 2nd year Pres Thurles student Susan Rea is pictured after receiving a distinction in her recent voice exam from the ABRSM. Congratulations also to her voice coach Mr Jim Maley. 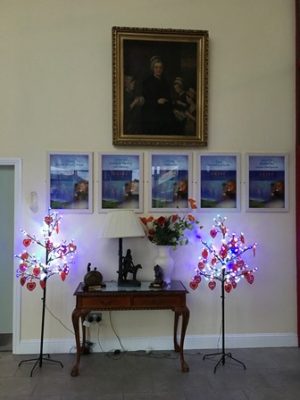 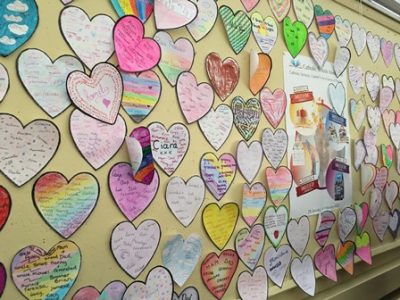 Some fantastic displays around the Pres Thurles for Catholic Schools Week. TY students also got the opportunity to create St Brigid’s crosses with their Irish teacher Ms Stanley. 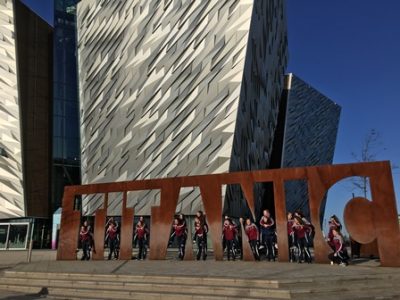 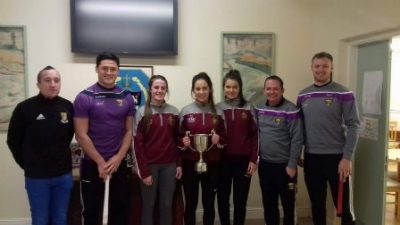 Transition year students participated in a Volleyball Ireland Leaders Programme under the guidance of their PE teacher Marie Harkin. This initiative is funded by Sport Ireland “Women in Sport” project which encourages girls to actively engage with sport. Jessie Carmody, development officer from Volleyball Ireland visited the school for a full coaching day. This was the students’ first introduction to Spikeball (an adapted volleyball game), Jessie taught the girls the rules of the game, how to play and how to introduce it to the younger students in the school. The transition year students took roles such as coach, liason officer, public relations officer and referee. The coaching day was a fantastic experience for the girls. They developed new friendships and skills and learned how to communicate effectively as a team. As a group, they have become Spikeball leaders encouraging female participation in sport meeting the aims of the project. The Transition year students are greatly looking forward to the upcoming weeks of coaching, culminating in a blitz in April in the school’s sports hall.

Pres Thurles Camogie Team travelled to Antrim to play Ballycastle in the All Ireland semi-final in Cushendun. Unfortunately it wasn’t their day but we are very proud of our team and all they have achieved to date. 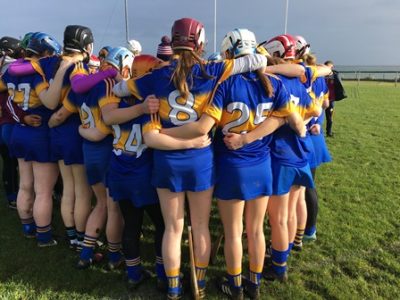 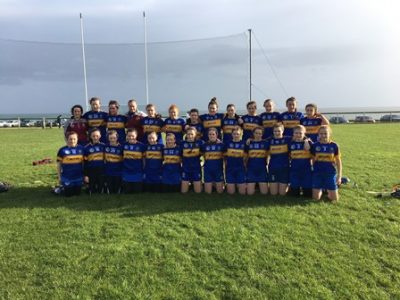