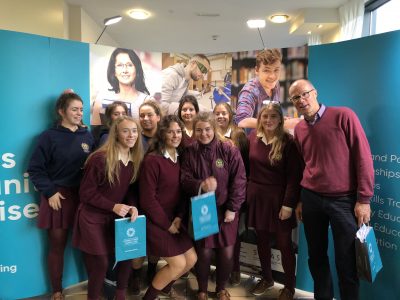 This week our Leaving Cert Applied students travelled to Templemore College of Further Education. The girls had a tutorial in Hair and Makeup in reparation for our school musical Mary Poppins. Thanks to the staff and students of the college for their time and expert guidance. It was great to meet some of our past LCA students who are studying in PLC courses in the College and for the girls to experience the courses on offer.

On Wednesday 26th September we celebrated the European Day of Languages which recognises the various languages of the European community. There are
over 200 languages in Europe, 24 official EU languages and approximately 60 minority or regional languages. We also continue to celebrate the linguistic and cultural richness of our school community, where students from all linguistic, cultural and religious backgrounds are welcomed and encouraged to reach their potential both in and outside the classroom. To mark this special day first year students attended a ‘European Language Day Quiz’ where they shared their knowledge of European languages, flags, cities, famous people and physical geographical features. Well done to the winning team Jane Brereton, Ellen Maher, Katie-Rose Clancy Quirke and Dervla Howley. Many thanks to the Modern Foreign Language department for organising the event.

On Monday, September 24th all Leaving Cert students of Biology and Agricultural Science headed off on their annual Ecology Field Trip. This year our students carried out their fieldwork in Fota Wildlife Park, Cork. For the first three hours the girls carried out the various tasks involved in working in a woodland ecosystem. On what was a fabulous sunny day our students enthusiastically set pitfall traps, used pooters, beating trays and sweep nets in an effort to capture some woodland fauna for identification. Some groups were even entertained by the local resident red squirrel, who acted as more of a trapeze artist across the branches rather than an animal foraging for food. Our students then spent some time carrying out quantitative surveys and later in the day the education centre in Fota hosted a conservation talk which the girls found very interesting and educational. Many thanks to the Science teachers who organised this trip.

Presentation Thurles started their Senior Football campaign with the toughest of assignments as they welcomed John The Baptist secondary school, Limerick to Thurles on Monday last. John the Baptist have dominated the football scene in recent years and a stern test was expected. The Limerick girls registered three quick-fire points in the opening minutes and Presentation Thurles had to rely on their defence throughout the opening exchanges and Ellen Maher, Rachel Sweeney and captain Niamh Ryan were very much to the fore. A Lauren McCormack point after great work from Marie Creedon, settled the Presentation girls. Points from Casey Hennessy and a Lauren McCormack free quickly followed. As half time approached, Presentation Thurles struck the games first major score as quick thinking from Jenny Irwin created space for Lauren McCormack to raise a green flag and leave Presentation Thurles two points ahead at the break. The Limerick side were quick to respond with a second goal at the beginning of the second half. Presentation Thurles will be happy that this defeat doesn’t eliminate them from the competition. With a couple of players to return to the panel from injury in the coming weeks the girls will hope to see John the Baptist Secondary School later in the year for knock out football.

On the first week of October all First Year students attended the local Thurles Library in The Source. They were given a tour of the library and an informative talk on the resources available to them. All students were then given an opportunity to join the library or renew their membership. This is part of our ongoing literacy interventions and will compliment future events in the school calendar. Transition Year English students are taking part in the One Book Club event where they will present a detailed study on a chosen novel. Many thanks to The Source Library for allowing us these wonderful opportunities.

On Monday 15th October BIN IT! visited the First and Second Year students for a talk on litter. In a very fun and engaging talk students investigated the reason why people litter, what kind of people litter and what are the effects of discarded waste on the local environment. An informative and entertaining time was had by all. We look forward to further events in the future that will benefit environmental awareness in the school. 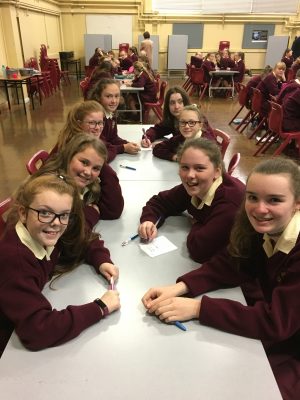 Sixth year students were visited this week by the Diocesan Advisor, Fr. Michael Kennedy who encouraged the students to seek God in their lives. His talk was captivating and engaging. The girls were also fortunate this week to have been visited by our school Chaplain Fr. Vincent Stapleton. His talk reminded them not to put off until tomorrow what you can do today. He spoke to them about dreams, ambitions and used prayerful examples from the life of Jesus showing the girls that they can achieve their dreams in life through discernment. Fr. Stapleton also visited our First Years students and encouraged the girls to join the local faith group. Many of the girls are looking forward to this opportunity.

The Junior soccer team travelled to Limerick on Tuesday last for the opening round of the Munster A cup. The heavy rain and wet pitch made little difference to the Pres girls as they flew out of the blocks and grabbed an early lead thanks to a clever finish from Cally Dooley. Before the Limerick girls could respond to this early set back, Emma O’Sullivan had doubled the Pres lead with a super finish. The game was over as a contest in the minutes that followed as Emma added a third and a fourth goal. Crescent Comprehensive were looking for the safety of the half time whistle at this point but Pres had one last hand to play before the interval with Missy Condon scoring the goal of the game. Missy picked up possession on the half way line before some dazzling footwork created space which saw her dribble past three helpless opponents before firing the ball past the Limerick keeper. The second half continued along the same lines as Ellie Maher fired home four goals in quick succession to complete what was a very impressive personal display from Ellie. Chloe Shorley showed her class as she glided past two defenders before unleashing an unstoppable drive from outside the area to the bottom corner to complete the scoring. Pres Thurles had superb displays all over the pitch, Ciara Dwan and Kate Kavanagh were strong as always in central defence and Joan O’Keeffe was prominent throughout. Pres Thurles move on to the next round where they will face a much stiffer test when they travel to Cork to meet the winners of Christ The King vs St Mary’s Middleton. Best wishes to Pres captain Aoibheann Clancy who travels to Serbia with the Ireland u17 squad. 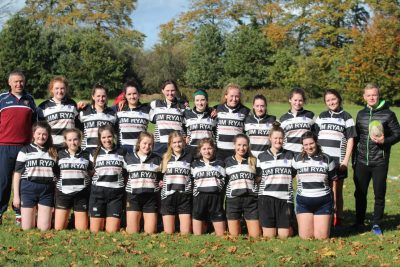 The annual School Musical was held  in the Premier Hall Thurles on Thursday 18th, Friday 19th, and Saturday 20th October. This years production was “Mary Poppins”.  With music and lyrics by Richard and Robert Sherman the musical is based on the similarly titled Mary Poppins children’s books by P. L. Travers and the 1964 Disney film.

The jack-of-all trades, Bert, introduces us to England in 1910 and the troubled Banks family. Young Jane and Michael have sent many a nanny packing before Mary Poppins arrives on their doorstep. Mary Poppins takes the children on many magical and memorable adventures, but Jane and Michael aren’t the only ones upon whom she has a profound effect. Even grown-ups can learn a lesson or two from the nanny who advises that “Anything can happen if you let it.” With songs such as “Feed the Birds”, “Supercalifragilisticexpialidocious” and “Spoonful of Sugar”.

The show was a resounding success! 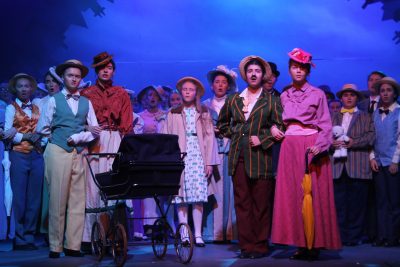 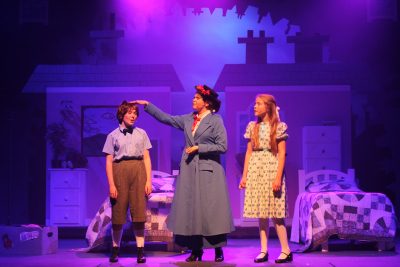 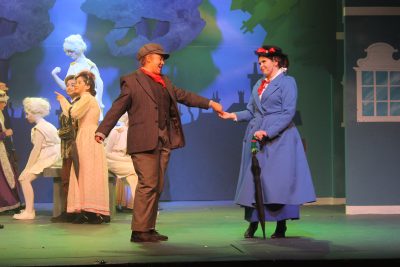 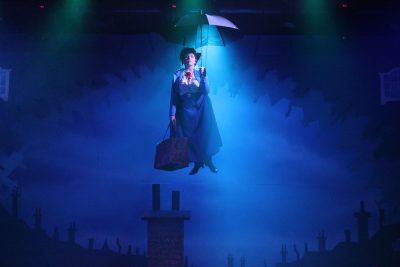 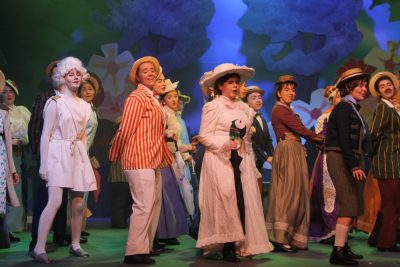