Staff and students appreciate Sr. Sheila’s dedication to and vision for Presentation Secondary School, Ballyphehane. Sr Sheila is retiring this year after serving as Principal of the school since 1986. The following is an extract from the school newsletter on Sr Sheila’s contribution to the school.

Sr Sheila’s Invaluable Contribution to Making our School a Success

From the beginning, Sr. Sheila worked tirelessly to ensure that our students were provided with every opportunity and facility to assist them in their potential. With the opening of the new extension in 1987, she had already succeeded in creating an environment more conducive to learning.

Science laboratories, a sports hall, a tiered room, among many other additions, were now at our disposal. However, Sr. Sheila still felt the lack of a language laboratory, and set about lobbying the Department of Education for funding. The new facility was fully functional by 1989, the same year in which the school was renamed “Presentation Secondary School.” The newly renamed school deserved a new image, and in 1991 our current school uniform was phased in.

1991 also saw the establishment of our first Student Council, educating our students on the democratic process. Never content unless striving for the good of our students, Sr. Sheila presided over the opening of our school library in 19993, followed later by the establishment of a designated parents’ unit, where many parents availed of the courses on offer.

The installation of a lift in 2000 ensured our school was accessible for all students. Exchanges to France and Germany continued, and our fabled school tours flourished and provided our students with unforgettable cultural experiences, not to mention fun!

Student work in the environmental area continued apace, with the acquisition of a Green School Flag in 2005, followed by a second in 2009, a third green flag has been awarded in 2012.

2007 proved to be a watershed year for the school, in which our Performing Arts Centre was officially opened, and the Trusteeship of our school was handed over to CEIST. The aforementioned Performing Arts Centre was perhaps the seed from which our success in the areas of Music and Performance grew. Under the guidance of Music teacher Anne Dunphy, ably assisted by Catherine Mahon-Buckley, and supported by Sr. Sheila, our Senior School Choir was victorious in the “All Island School Choir” competition in 2010, later being honoured with an invitation to sind for Queen Elizabeth the second during her State Visit to Ireland.

Sr. Sheila proudly took her place in the auditorium, supporting, as always, her beloved students. Indeed, this was not the first time our students had mingled with heads of state – our own President Mary McAlees had already honoured our school with a visit in 2008!

Renowned as a progressive Principal, Sr. Sheila has always encouraged her staff to develop their skills, and has provided ample training in various areas. In recent years, she has guided us on our path to technology, and has ensured that our classrooms were amongst the first to be equipped with the latest facilities. In fact, the achievements of the school in this area were recently recognised at the IT@Cork Awards!

Sr. Sheila lifted the trophy, a fitting reward for her hard work! The quality of the educational environment provided by ‘Presentation Secondary School’ and its Principal is undisputed, However, the Christian Values, spirituality, and morality Sr. Sheila has embodied are less tangible, though clearly evident to all.

She has always honoured and cherished the ethos of Presentation Order Founder, Nano Nagle. Under her stewardship, students have been enabled to “develop their full and unique potential as human beings, made in the image and likeness of God” (CEIST) – a fitting tribute and a lasting legacy.” 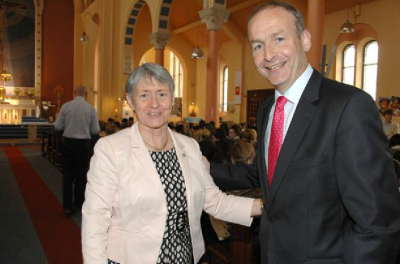 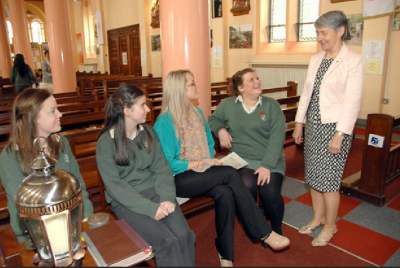 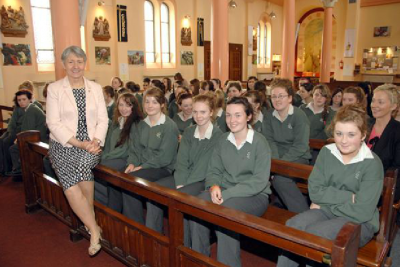 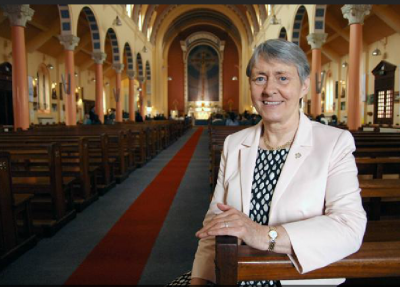 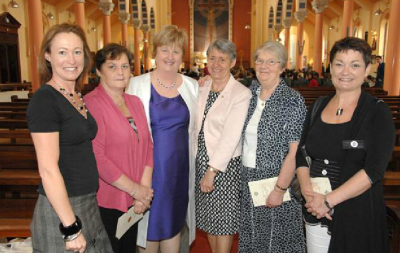