Take on The Teacher Challenge 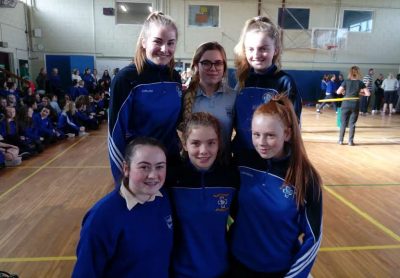 St. Brigid’s School, Killarney held a Teachers vs. Students competition on Tuesday, October 23rd. The TYs organized the day and each class had a representative competing in the events against the teachers.

Over the previous weeks in PE class, students had been tested in the areas of burpees, bench jumps, the plank, hula hooping and skipping. Whoever did best in those areas had the honour of representing their class on the day.

All students and staff undertook a warm up which consisted of a dance routine. It was then time for the competition. The representatives from each class went to their station and waited to go and were joined by the competing teachers. There were a range of challenges to test fitness and endurance namely, skipping, bench jumps, hang ups, the plank, hula hooping and many more.

The highlight of the day was the sixth years vs teachers’ relay. There were three sixth year teams and one teacher team. The tension was palpable as the teams lined up. A speedy relay ensued and the sixth years were outright winners much to the delight of the student cohort! It was a great afternoon and everyone enjoyed participating in an event and cheering on the competitors. 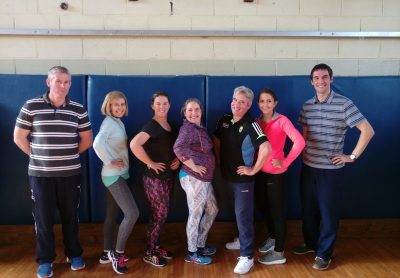 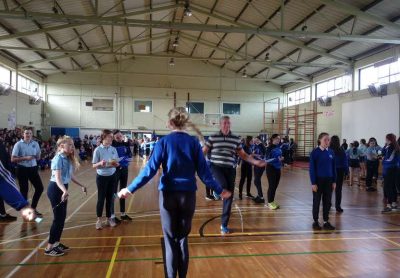 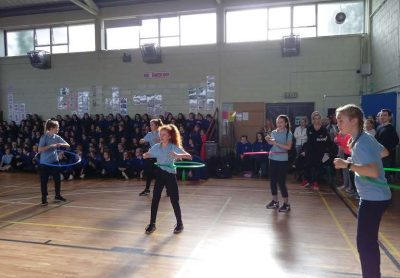 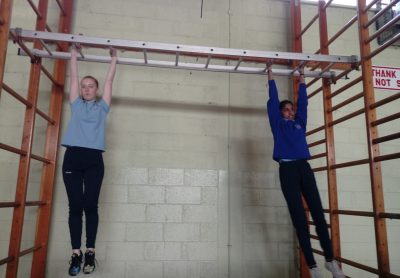 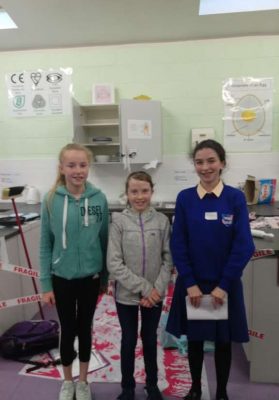 St. Brigid’s , Secondary School’s Open Night took place on Tuesday , 16th of October. A large group of prospective first year students and their parents were welcomed to the school on the night and were escorted by TY students on a guided tour of the school. They were afforded the opportunity to meet members of the staff and students. They also were informed of the programmes and subjects available to them as well as the broad range of extra-curricular activities that await them . The principal, Ms. Roisin Moore, addressed the girls and their parents at 7.15 in the gym and outlined the history and the background of the school. 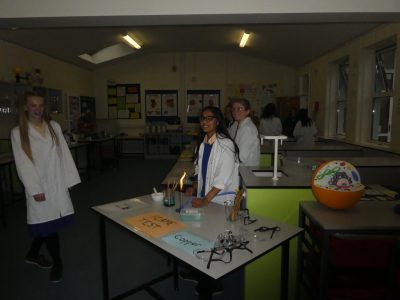 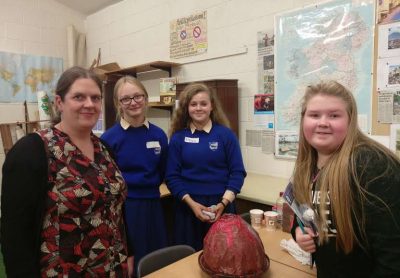 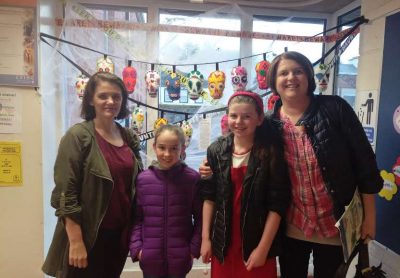