A New Look at Coolock House

In early January this year the recently completed visual-cum-audio installation at Coolock House was launched as a Heritage Resource Centre for Mercy Sisters, Associates, Friends and Researchers worldwide.

Canice Hanrahan rsm in an article taken from the Sisters of Mercy website traces the history of Coolock House in Catherine’s story and in the life of the Colvill family, third owners of the house after Catherine (1855- 1937) before describing the new installation and inviting us all to “make plans to give yourself an hour at Coolock House even if you’ve been there before!”. 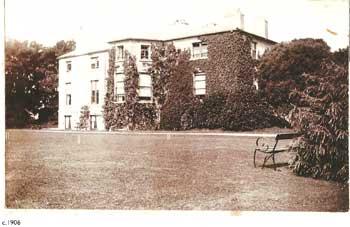 We’ve all known an occasion when we wished everyone we cared about could be present to share in its enjoyment. The launch of the recently completed visual-cum-audio installation at Coolock House on 9th January this New Year was just such an occasion! In this year of Chapter for the congregation, when we pause on our journey, reflect and re-focus, the occasion had a special significance.

A Sense of Presence and of History

There was a tangible sense of Catherine McAuley’s presence in this space in which she lived what Anne Reid referred to as ‘her hidden life’ for twenty formative years from the age of about twenty three. There was a wonderful providence and a palpable excitement in having with us on that unusually bright and sunny January day members of three generations of the Colvill family, the third owners of Coolock House after Catherine. The Colvills occupied it from 1855 to 1937. Susan Colvill Magan and Ann Colvill are first cousins and both had visited their grandmother in the house. Ann and her mother had spent a whole year there when her father was posted overseas. Susan’s granddaughter Clemency was present with her mother Jules and father Arthur Magan. Ann has a lovely story of a once-only dash out the front door and down the granite steps on her tricycle. One could say that the Colvills preserved the legacy that Catherine trusted enough in God’s providence to sell almost as soon as she received it! 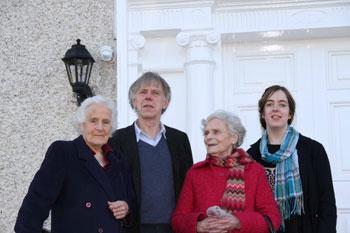 Providence was a theme that permeated the day. There was providence in the accident of fate that led the Dublin Sisters of Mercy to buy back this house in 1955 – one hundred years after the Colvills had bought it – not to live in it initially, but to start much needed schools in the area.

There was providence for sure in the totally unexpected arrival of photographs from the Colvill family archive, some dating back over 100 years, that Jules and Susan so kindly allowed us to incorporate into the beautiful new wall panels that form part of the installation. My personal favourite is that of the gate lodge which I feel was the cradle of Catherine’s ministry. 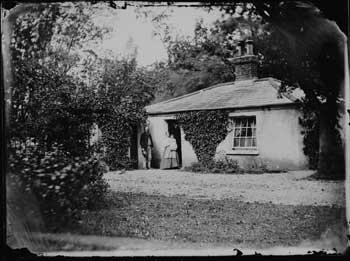 ‘The seeds of the future are here in this time … how we continue to engage with the seeds is important so that in years to come the harvest will be different’. These words from a reflection by our Central Leadership Team set me thinking again about Catherine – the ‘seeds of the future’ for her were surely sown in her time in Coolock. How often did she go up and down the same stairs that is still there, especially in her care of the ailing Mrs Catherine and later of William Callaghan during their final illnesses.

She went down the next set of stairs to the kitchens where she met with and ministered to those who sought her help and advice. Mary Sullivan tells us that she ‘collected the poor children of the neighbourhood in the lodge, which was placed at her disposal’. She socialised in this house. Her own family were visitors here. In this house she struggled with faith and religious practice.

She went forth from here to seek instruction in that faith and to teach in Abbey St. Catherine’s devotion to the Callaghans and, through their generosity, to the neighbouring poor, convinced William Callaghan to make her the beneficiary of his Will, knowing that she would, as he put it, ‘do a great deal of good’ with the money. The seeds of the future were sown here and they came to a harvest that was indeed different, in ways and in places that nobody could have foreseen. At Coolock the teaching continues in three thriving Mercy schools with not a Sister between them. Alas the gate lodge is gone! 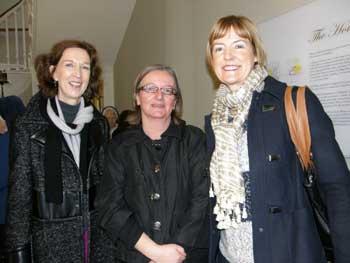 There was providence also in the decision of the South Central Provincial Leadership Team to ask a committee to work on a Coolock House project with the brief: “To enhance Coolock House as a Heritage Resource Centre for Mercy Sisters, Associates, Friends and Researchers worldwide, in a way that maximises the use of modern technology and minimises the need for members of the resident community to be available to act as guides to visiting groups or individuals”. Completing the task took longer than anticipated and is all the better for that and for the fact that the struggle to get it as ‘right’ as could be managed, the help of professionals was called on. Sr. Mary Sullivan, Sisters of Mercy of the Americas and well known author of books on Catherine McAuley, gave invaluable advice. She also set us right on points long held as fact amongst Mercies – that Mrs Callaghan was a devout, practising Quaker and that Catherine McAuley had come to Coolock in 1803: research now shows that Catherine Callaghan had been excluded from the Society of Friends by her marriage outside the Quaker fold and that Catherine McAuley could not have come to Coolock before 1809, the date of its acquisition by the Callaghans! Mary was most encouraging of the project. 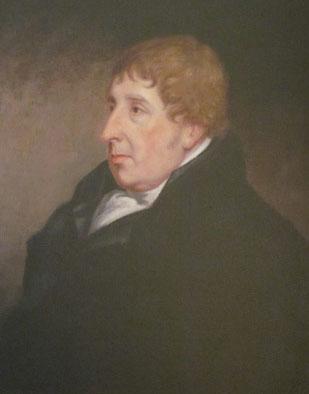 EVENT Communications were the professionals, headed up by Celestine Phelen. Having already worked on the Handsworth and Bermondsey Mercy Heritage Centres they were old friends of Catherine’s. Speaking at the launch in Coolock House Celestine said one facet of Catherine’s character she felt particularly attracted to was her love for dancing! The committee was grateful to Srs. Barbara Jeffrey and Marian McCarthy of Great Britain for introducing them to the EVENT office in Dublin and for their encouragement. EVENT has worked on almost two hundred projects worldwide, including the Titanic Experience in Belfast, The Riverside Museum in Glasgow and nearer home, the Book of Kells Exhibition at Trinity College and the Chester Beatty Library in Dublin. Although a comparatively tiny project, they brought to Coolock House the same enthusiasm, skill and dedication to detail – combined with graciousness and good humour.

So what will you notice on your next visit to Coolock House? The nine delicately coloured, beautifully executed Panels which in word and image welcome you to the house, introduce you anew to Catherine McAuley and to the Callaghans, take you back to the Dublin of Catherine’s day and show you some photographs you have not seen before, such as that of the gate lodge. The Panels are strategically located in the front porch, the morning room, the inner hallway, the basement and upstairs in Catherine’s bedroom. In the Chapel you will have an opportunity to quietly listen to the motet setting of Catherine’s Suscipe from Sr. Teresa Martin’s CD Cothú agus Iomlánú. You will be transported back to the eighteen twenties and later as you listen to the most engaging audio presentation which is in sections contiguous to the Panels – just press the button! This is not a plain narrative but more a radio play in which conversations of almost two hundred years ago are creatively brought to life. You will listen to Clare Augustine Moore describe Catherine McAuley; you will listen to Catherine’s own words and to a conversation between Catherine and William Callaghan and between her and Mrs Callaghan; the script is true to the story as we know it; the actors are Irish professionals and are wonderfully cast. We are indebted to Stephen Davies of EVENT.

Thanks to Coolock Community

We are indebted too to the Coolock Community for making space in their home for the use of modern technology to tell an old story and for their invitation and welcome to visitors. Now it will be possible for the visitor to be self-directed – but the sisters insist that a ‘cup of tea’ will continue to be an essential part of a visit. Do please make plans to give yourself an hour at Coolock House even if you’ve been there before! I leave the final word to Mercy friend and neighbour, Douglas Appleyard, who in his book Green fields gone Forever, has written about the Coolock area: he seemed to embody everyone’s sense of rejoicing when he said at the end of the morning ‘this is so exciting, and should be the inspiration for many other projects’!

(article and photos courtesy of Sisters of Mercy website)