The air of Árd Scoil na Tríonóide was filled with the smell of beautiful baking as well as excitement on Friday last when the final of the CEIST Bake Off was held in the Kildare school.

There was a very positive response to the Bake Off with over 130 applications received from 70 CEIST schools.

These 130 were then shortlisted to seven by the well known Odlums/TV 3 Baker Catherine Leyden. The seven short-listed finalists who took part in Friday’s competition were:

Understandably the standard was extremely high. Catherine Leyden said she was heartened by the talent she had seen throughout the competition as it proved baking was a skill which was very much alive and well in our young people. 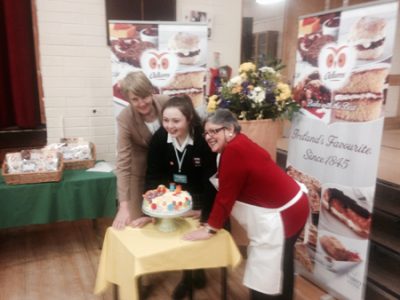 However like all competitions there could only be one winner and the accolade went to Sorcha Matthews of Scoil Chríost Rí, Portlaoise and her cake which was based on the theme of sewing. We extend our congratulations to Sorcha and her teacher Ms. Mackey.

While this was the first year of the Bake Off both CEIST and Odlums would like to see the competition becoming an annual event.

Speaking at the Bake Off on Friday CEIST CEO Dr. Marie Griffin spoke of the link between the Bake Off and the CEIST Charter value of Creating Community. She said that events like the Bake Off help create an awareness among students and schools of the wider CEIST family and network. 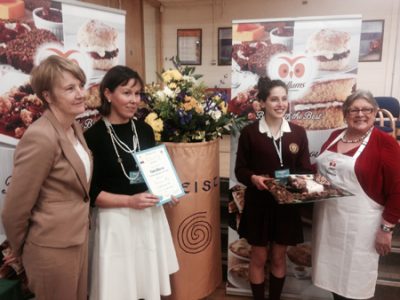 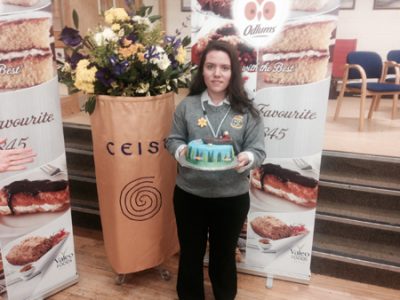 Natalie McConnell, student in St. Columba’s College, Stranorlar pictured above with her cake. 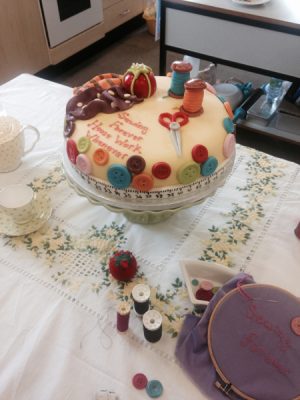 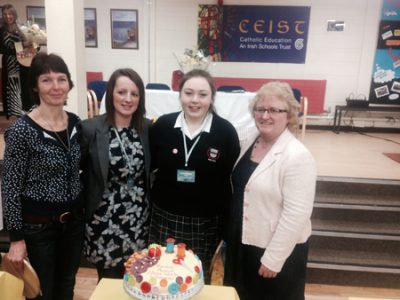