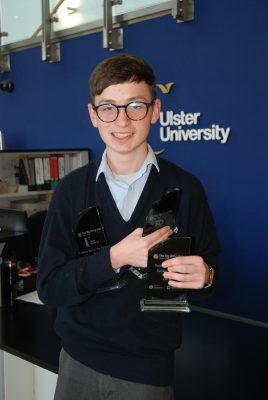 Following on from their success at the Salters Festival of Chemistry in UCC and their success in SciFest, science students from Lisdoonvarna were on the road again looking for more awards.

Mary Immaculate Secondary School participated in the Northern Ireland Young Scientist competition, which was held in the Jordanstown campus of the University of Ulster on 26th June. The school had eight projects entered in the event.  The north Clare school and teacher John Sims was delighted to take home five awards from the event.

Unlike the BT Young Scientist and Technology exhibition all the different sciences are grouped together into 3 different age categories. The age categories are Junior (11-14), Intermediate (15-16) and Senior (17-19). The school had projects in all three age categories. In each age category there are only two prizes awarded: a winner and a runner-up. 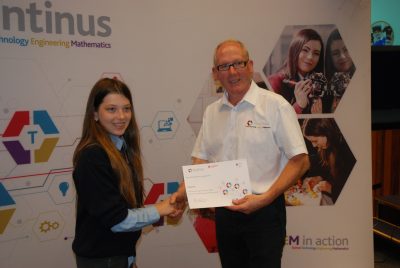 Fearghal Burke was winner of the senior age category with his project entitled “A statistical analysis of Irish winning lotto numbers”. In this project he was analysing the winning lottery numbers and devising a system showing certain number combinations to play or avoid to improve winning odds. As well as winning his category he was also awarded the Ulster University award for ICT and the First Derivatives Award for Data Management. This award is given to the student that best manages large amounts of data in their project.

It has been another successful year for the young scientists from Mary Immaculate. Well done to all the students for doing such detailed research.

Our attentions now turn to next year’s BT Young Scientist and Technology exhibition. A number of students have already begun working on projects for the exhibition. 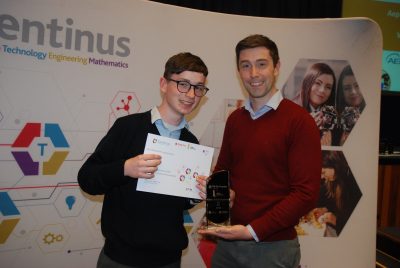 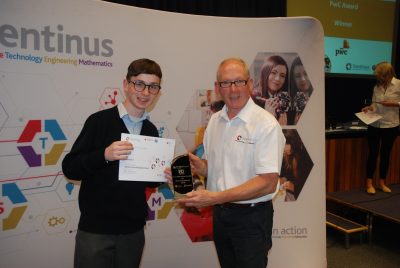 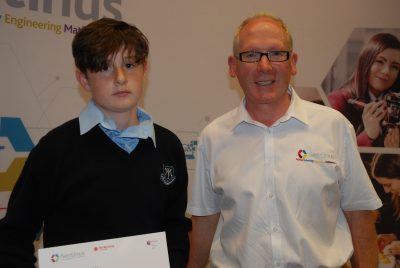