Presentation Secondary School, Clonmel celebrated the 21st Annual Presentation Awards for Excellence in St.Marys Church Irishtown in October. The awards acknowledge the tremendous achievements of the girls across the whole spectrum in education in the school. The awards recognize that this pursuit of excellence is not confined to academic achievement but encompasses the whole range of activities that makes for a rounded and balanced education. The evening is a celebration of the achievements of the students over the past school year. The evening began a beautiful rendition of “One Step Beyond” by the Transition Year Choir under the guidance of music teachers, Ms.Siobhan Alley and Ms.Jennifer Williams.

The school was delighted to have Shannon Forrest(Manager of Fethard Horse Country Experience) and past pupil, as our guest speaker. Mrs.Ethel Reynolds (Principal) welcomed the large attendance which included special guests, Presentation Sisters from the local community and the trustees representatives, members of the Board of Management, Teachers, Parents, Sponsors and most importantly, the students themselves.

Certificates of Recognition of Outside Achievement in Extra Curricular Activity
The evening started with a presentation by Ms.Kathriona Murphy & Ms.Marie Lawlor to over 90 girls for their involvement in extra-curricular activity. In presenting these certificates, the school recognized the outstanding achievements of the students in their chosen field of activity and is acknowledging the ambassadorial of the students on behalf of the school.

These awards were followed by the Academic Awards.

Before the presentation of the CEIST Award, Dr Marie Griffin( CEIST) spoke to the audience about the role of CEIST in our schools and about the Tercenterary year of the birth of Nano Nagle.

Special Category Awards
Special Category Awards were presented in areas such as CEIST award,Creativity, Enterprise & Initiative, Leadership, Sports Awards, Student Peer Awards, Scientific Endeavour and Master Chef. These awards recognized the tremendous work by students outside the academic area and their participation in extra curricular areas in the school community.

Mrs Reynolds concluded the ceremony by congratulating all the award recipients for their individual achievements and paid tribute to teachers & students for organizing the smooth running of the event. 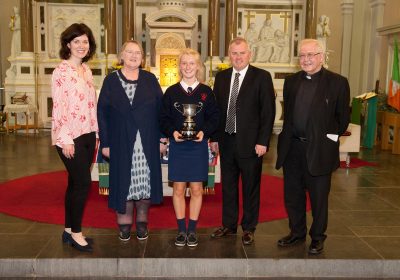 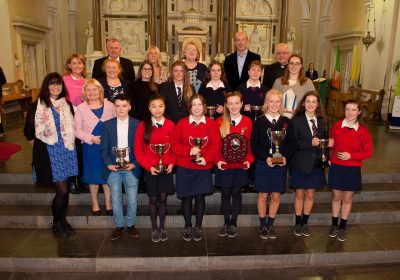 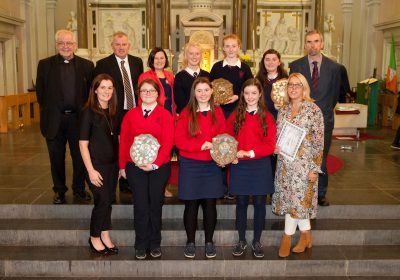 Student of the Year award winners 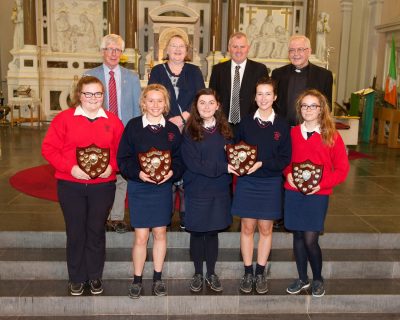 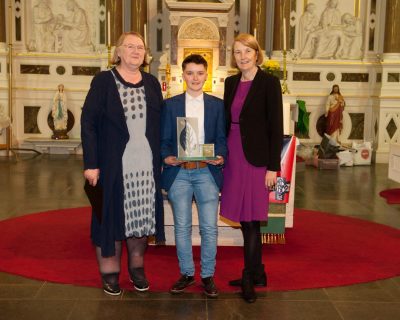