Congratulations to Tristian Whitney, a 5th year student who raised €600 in school, shaving his hair off as part of the Today FM ‘shave or dye’ fundraiser for the Irish Cancer Society. Many staff and students filled the college hall in support of Tristian and this very worthy cause. Well done also to our 6th years who raised €352 selling daffodils on the day.
A no uniform day held in the college raised €1200 for our Lenten Charity Appeal. The money raised will go to a very worthy project in Tanzania – The Matumaini Centre, run by the Holy Union Sisters. 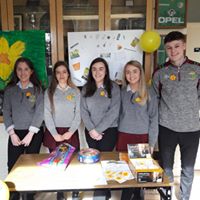 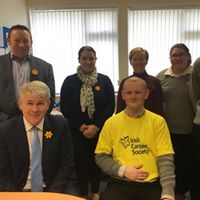 Two of our students David Bonner and Sinead Traynor represented St. Columba’s College at the Chemistry Olympiad in DCU. Well done to both students for their participation in this prestigious event in which over ninety students from all over the country took part. A special congratulations to David who finished in third place. 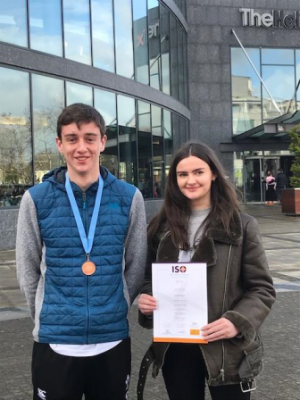 St. Columba’s College debating team travelled to Dublin to participate in the European Council Model Debate Competition. In this competition schools are selected to represent a country within the EU. Twenty eight schools from across Ireland travelled to Dublin to discuss The Future of Europe. The St. Columba’s team were given the task of representing the views of Luxembourg. Over the course of three hours of heated debate, the schools put forward their arguments and counter arguments on the future of the EU. After a competitive day, the team which was comprised of Rachel White, Siobhan Doyle and Evan Carron-Kee were awarded 2nd place and won an iPad each. 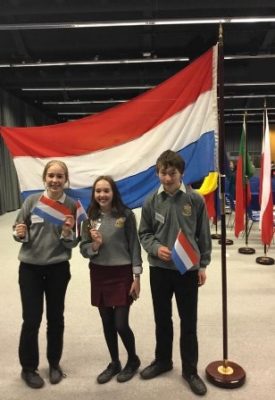 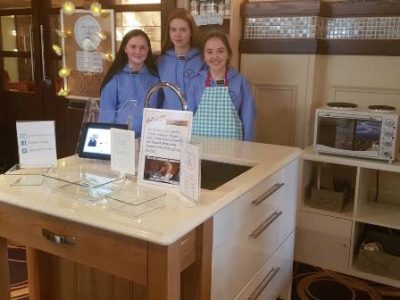 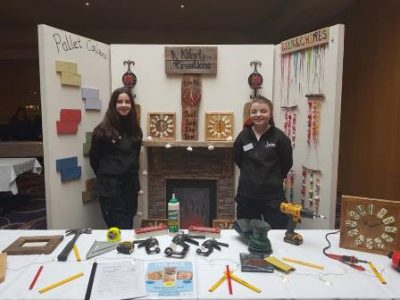