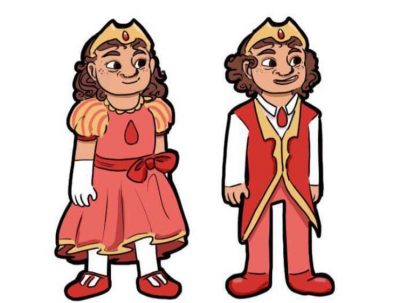 We are a group of three 5th Year students from St Josephs College in Lucan, County Dublin, Ireland. As part of our Transition Year programme last year we took part in the Student Enterprise Awards, which takes place nationally every year. For this activity, our job is to set up a business from scratch and take part in a competition.

For our Student Enterprise Award, the business we set up is called ‘No Limits’. What we have done is to write fairy tales for children in which the protagonist has a disability or special need. We feel very strongly about the idea of equality in this area and that children with disabilities or special needs are under-represented in children’s literature. Our aim is to improve this issue in our society.

We won our Regional Final of the Student Enterprise Awards represented South Dublin in the National Final in Croke Park in May, which unfortunately we didn’t win any awards in. We also took part in the final 10 of the Griffith College National Enterprise Final last March. We also entered our project into the Young Social Innovators Programme this year and were lucky enough to win our category, Make Our World Fair and Just Challage Award, one of only 11 awards in YSI. We were then eligible to compete for the Bronze, Silver or Gold YSI Award by performing a public Speak Out in May in the Convention Centre. We were fortunate enough to come second in this programme and took home the Silver Award. We were also selected by YSI to be part of the five groups in Ireland for their new Elevate Programme this year in which they are helping us develop our project even further!

We launched our third book, ‘A Royal Rescue’ which is about a prince and princess, twins with Down Syndrome, on Saturday the 20th of January 2018 in our school, St Jospeh’s College in Lucan. The book was launchned by the Minister of State for Disability, Finian McGrath and was sold out on the day. 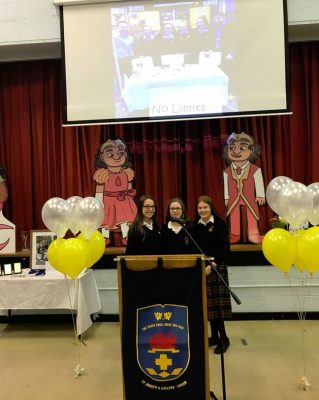 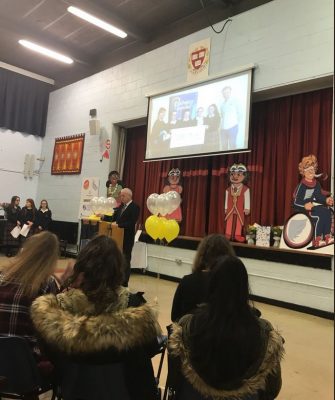 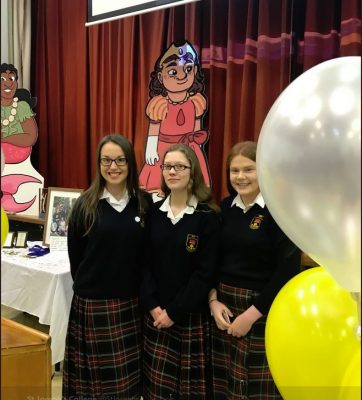 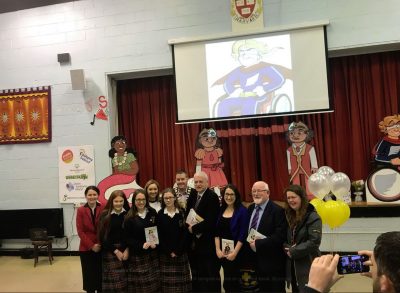 For more information regarding the book launch please follow the link below: