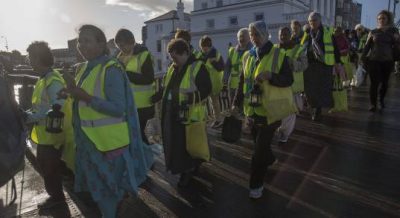 Presentation Sisters salute their founder the Venerable Nano Nagle on the Nano Nagle Bridge during the Twilight walk from the North Cathedral to the southside of Cork. Picture: Clare Keogh

THE city was treated to an unusual spectacle last night, as a lantern-lit procession made its way from the North Cathedral to Nano Nagle Place.

The Twilight Walk was organised by the Presentation Sisters to honour their founder, Nano Nagle.

“It is 300 years since Nano Nagle was born in 1718 so we felt it was important that we would mark it, mark the significance of it,” Sister Bride Given said. “She was an important person for the history of Ireland, of education and of women and deserves a good celebration.”

Nano Nagle was a pioneer of Catholic education in Ireland, at a time when the penal laws denied access to education for most in Ireland.

Following her education in France, the Ballygriffin-born woman went on to set up numerous schools for deprived children in Cork city.

She opened her first school in 1754 with about 30 students. It was on Cove Lane, on what is now the site of South Presentation convent.

Within nine months, she was educating 200 girls and by 1757, she had opened seven schools, five for girls and two for boys.

“In the face of fear, she chose to be daring,” Sister Goretti O’Callaghan told the congregation at North Cathedral, where celebrations began with presentations from seven primary and secondary schools around Cork.

Sister Given said it was important for them to include students in the celebrations.

“She was a great educator and she believed in education as the key to a better life for the people of Ireland so we involved all the schools we could,” she said. “Our hope is that they will remember it and be inspired by Nano Nagle to think, what can they do to create a better world.”

Not content with education, Nano Nagle also ministered to the elderly and sick in their homes, and her night-time walks from home to home earned her the nickname ‘The Lady with the Lantern’.

Last night’s walk brought to life the reality of Nano’s daily journey on foot when visiting the students of her seven schools.

“We felt it was a fitting thing to re-enact the walk she would have done,” Sister Given said.

Sister Emer Madigan addressed the pilgrims near Cross Street, the location of one of Nano Nagle’s schools.

At Nano Nagle Bridge the procession was greeted by a Salute to Nano given by Sister Mary O’Brien before moving on to St Finbarr’s South Chapel, where Nano and her first companions would have attended Mass.

The Twilight Walk ended in the Goldie Chapel at Nano Nagle Place, with a programme of music, readings and reflection, involving pupils from the Presentation schools in the local area.

“There have been huge preparations and the teachers have done tremendous work,” Sister Given said. “It has all fit together seamlessly. The children enjoyed it which was important.”

The walk coincides with an international meeting taking place in Cork, and Presentation Sisters of 16 different nationalities were present at the celebrations. 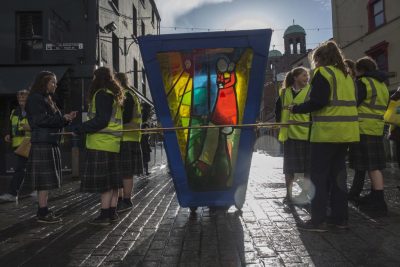 Students of St Mary’s High School Midleton with their Lantern Artwork which they walked through the city during the Twilight walk. Picture: Clare Keogh 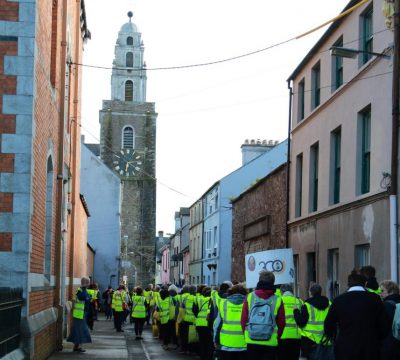 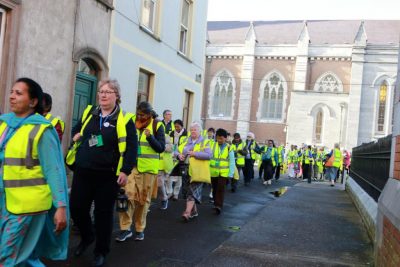 Twilight Walk in Nano Nagle Footsteps from the Northside to the Southside of Cork. Picture: Ger Bonus 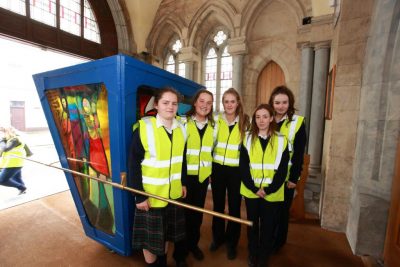 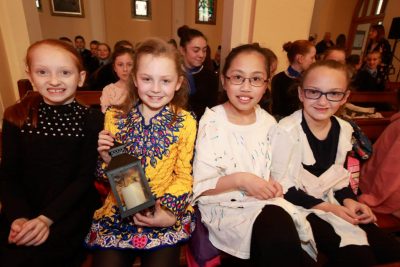 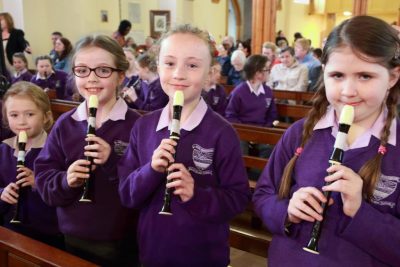 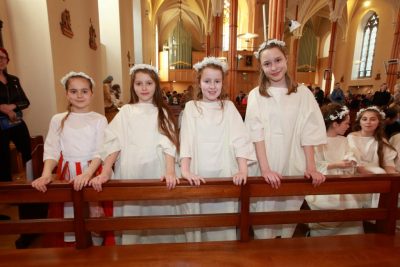 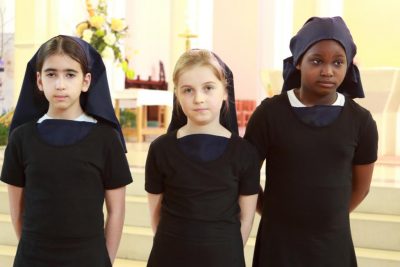