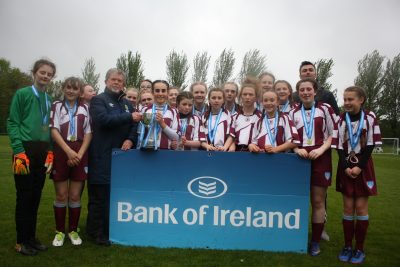 A brace in each half ensured the honours for the Tipperary crew with Robyn McNamara, Abbie Lenihan and Ailin Rochford getting on the scoresheet as well as Isabella Connors netting of the Dublin side.

The Munster ladies got the perfect start to proceedings with a goal two minutes in as McNamara slotted past Rebecca Prenter from close range.

However it was a credit to the St. Laurence girls who kept plugging away and their hard work was rewarded when Isabella Connors scored with three minutes remaining to take the tally to 3-1.

The icing on the cake for Newport came when Ailin Rochford converted in injury time to ensure the title for Darren Harrington’s charges.

When lifting the Cup, Captain Abbie Lenihan paid a special tribute to their teacher, Ms O’Connor who sadly passed away last week and attributed the win in her memory. 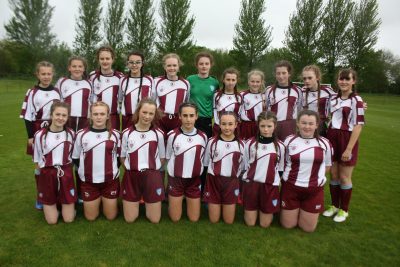