Well done to all involved in our transition year school musical ‘Guys and Dolls’. Well done to the Cast on four amazing performances, all of their hard work and commitment paid off.

Congratulations to  Stephen Doran, Leaving Certificate class of 2019, who was awarded a Gold Medal for the ‘Best Overall Male Result in Leaving Certificate Higher Level Design and Communication Graphics for 2019. Stephen was presented with the medal and certificate to mark his achievements in Mullingar. Stephen is pictured with his Design and Communication Graphics Teacher Mr. Michael Crehan 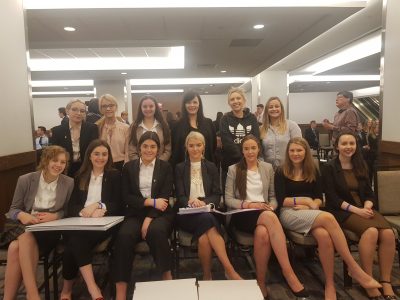 Congratulations to the HRC Mock Trials team 2019 who travelled to New York to compete in the Mock Trials World competition.  An incredible amount of preparation and work went into preparing for the event and the team should be very proud of their achievements.
Thanks also to the teachers who worked tirelessly with the team in preparing for the event. 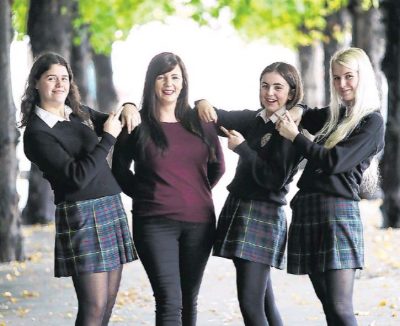 Congratulations to Ms. Carroll who was nominated and short-listed for a new initiative aimed at recognising the contribution of the teaching profession to society. Ms. Carroll was shortlisted as one of 20 teachers out of more than 400 nominations.

Ms. Carroll was nominated by her students who wanted to show their gratitude for her contribution to their life’s both in Holy Rosary College and outside. This nomination goes some way towards recognising the amazing work Ms. Carroll carries out with her students, both in class and in the many extra-curricular activities she organises and runs for them. 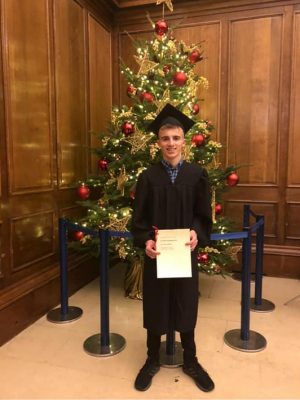 Congratulations to Cormac Delaney, third year, on winning First Prize in ‘The Book of Kells Creative Writing Competition’. This is a very prestigious award in association with Trinity College Dublin and to win first prize is a major accolade for Cormac and the school. 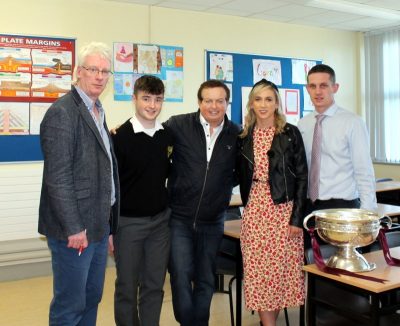 Congratulations to Sean McDonagh, 5th year, and Niamh Kilkenny who have both had very successful years on the sports field.  Sean won an All-Ireland medal with the Galway Minor hurling team, he was named man of the match in final and was also named minor hurler of the year, in addition Sean was presented with an all-star award.  Niamh Kilkenny won a senior camogie medal with Galway.  Niamh was also named player of the match in the final and went on to be awarded an all-star and was named as the senior players player of the year for 2019.