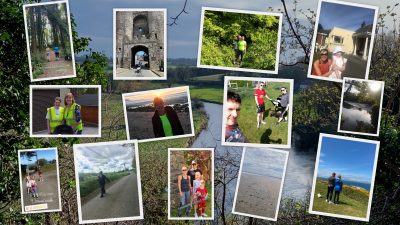 During these times of confusion and bewilderment this year’s Positive Mental Health Week came with a difference and was as welcome as the flowers in May, and just as timely!! This special week of positivity and kindness in Greenhills gives our school an opportunity to come together as a community and to celebrate life in all its different shades of beauty.  Although in this extraordinary year we could not be together physically we certainly managed to defy all the odds, kick up our heels and celebrate Mental Health awareness with a difference.

With an impossible task ahead of them, the Positive Mental Health Committee put on their thinking caps and miraculously managed to create a virtual and dynamic experience which helped to bring everyone together at a time when such diversion was most needed!

The week got off to a blistering start on Tuesday with an online Open Mic session which allowed students to showcase their musical talents and flair and to catch a glimpse of a few friendly, smiling faces. On the following day we celebrated our ‘Acts of Kindness and Gratitude Day’ with gusto as we encouraged everyone to take part in reaching out to a family member or neighbour by showing compassion and gratitude.

When Thursday came around The Students Council felt that the girls were just about ready for a series of fun quizzes for each year group which gave students a chance to catch up with their fellow classmates and take a break from all their study, research and hard work. No! seriously!

Around this time the weather was glorious so there was no excuse for the next event…  a Virtual Walk  which invited students, staff and anyone suffering from ‘Lockdown Syndrome’ to come together virtually and enjoy a brisk and lively walk within their own 2km but to be connected through the schools social media accounts as they walked ‘together’. The photos below will tell the full story! 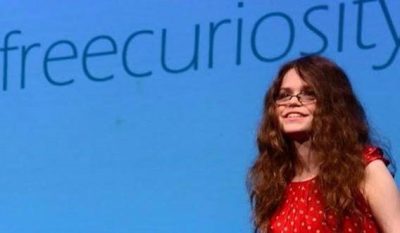 Elle completed her Leaving Certificate in Our Lady’s College in June 2016. During her time in Greenhills Elle immersed herself into the life of the school. Elle won BT Young Scientist Best Inventor & Sentinus N.I. Young Scientist of the Year during her time in Greenhills.  From Greenhills Elle went onto study Genetics in Trinity College Dublin. In Trinity she researches human evolution using computational genetics. She also runs a science communication organisation that holds free talks on science for schools and libraries and mentors science students.

Elle  was elected as a Scholar of Trinity College Dublin, became a Laidlaw Research & Leadership Scholar and won the James Watson Award in 2018, then in 2019 won the Ronald Fisher Award for public speaking from the genetics department. She was also a Student Rapporteur at the Schrodinger at 75: The Future of Life symposium in 2018 and spoke at the associated student symposium.

In 2017 she was named a Young Global Changer and represented Ireland’s under-40s at the T20: Solutions for G20 Summit in Berlin, where she met national representatives from all around the world and helped draft policy proposals for the G20 Summit.

Elle has spoken and presented her research at conferences both in Ireland and abroad, including TEDxDrogheda, Zeminar, TY Expo, Dublin Tech Summit, Evolve Biomed, Inspirefest and Meet the Stemettes in Ireland, the World Youth Organisation and the British Science Association Youth Platform in the UK, and the European Talent Support Network in Hungary. She also co-organised the European Youth Summit in Budapest in 2017.

In her spare time, she enjoys coding and data analysis in R and Python, and is the Secretary of her college Internet society. She is currently working on a novel.