St. Brigid’s Presentation continue their encouragement of alternative means of travelling to school 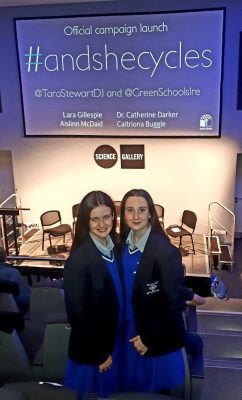 Last year saw St. Brigid’s launch their 5 days 5 new ways initiative to encourage alternative means of travelling to school. St. Brigid’s has hit the ground running to continue this campaign with just a month being back to school. During the summer saw the school put in place a brand new covered bicycle shed for students to store their bikes during the school day. Last Friday saw 1st years undergoing a cycling skills workshop led by An Taisce where students were showed the basic skills required for cycling a bicycle. They then cycled a route around the town putting in place such things as their safety hand signals needed in order to cycle on the road. 1st year student Evie Fahy and 2nd year student Amy Doyle travelled up to Trinity College Dublin last Thursday along with Green Schools Co-coordinator Sheree Murphy for the launch of the #andshecycles campaign. This is a campaign that is going to be rolled out all over Ireland during the next couple of months in order to encourage more girls cycling to school. Green Schools Co-coordinator Sheree Murphy said “Only 1 in 250 girls all over Ireland cycle to school, this is a figure that St. Brigid’s are trying to raise. There are so many benefits from cycling to school such as it allows you to be more independent, gets you exercising, good for your mental health, wakes you up and helps reduce your carbon footprint .”Walking and Park and Striding are still very much a focus as well as cycling to school for St. Brigid’s. 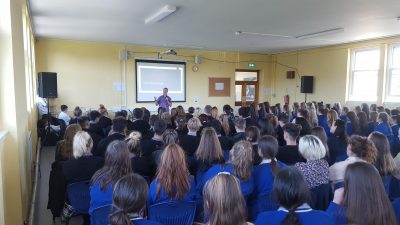 Below are some photos taken from our recent Climate Action Day held in the school. 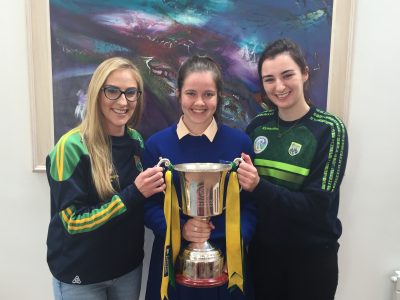 Members of the Junior All-Ireland Camogie team, Michelle Costello and Niamh Leen {captain} visited the school to discuss their historic victory over Limerick and to showcase the cup. They acknowledged the commitment and dedication of our 5th year student, Kate Lynch who was on the panel of this victorious team. They also promoted the sport Camogie and informed the students that commitment and hard work does pay off.

St. Brigids Senior Music Students were treated to a presentation and performance by Bryan O’Leary. Grandson of Sliabh Luachra legend, Johnny O’Leary, TG4’s ‘ Young Musician of the Year 2014’ spoke at length about his grandfather and the music of Sliabh Luachra. Bryan has just returned from a US tour with his band ‘The Conifers’ . Bryan was joined by Ms Healy in playing a selection of local Slides before the end of a very educational and enjoyable presentation. 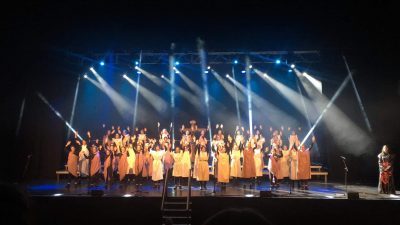 Congratulations to the students of St. Brigid’ Killarney who received their Junior Cycle results last Friday. Students were rewarded for their hard work and dedication. 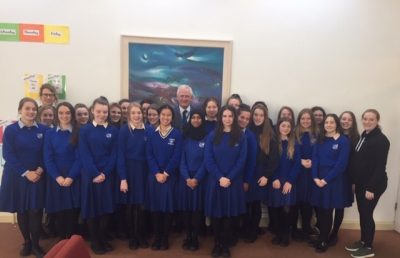 As part of Respect Week,3rd Year students I St. Brigid’ Secondary School received a talk from Mr. Finbar Walsh, father of Donal Walsh and one of the founders of the Donal Walsh Live Life Foundation.

It was a privilege to have Mr. Walsh and we know that all our students took something from today. 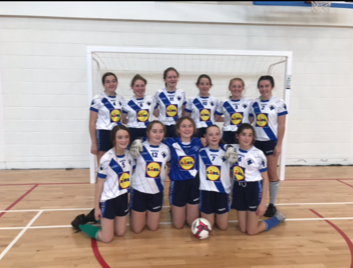 St. Brigid’s competed in the FAI Post-Primary Schools Futsal Competition at the ITT Sports Academy in Tralee
They won their group games against Castleisland CC, Pobalscoil Inbhear Scéine (Kenmare) and Pres Tralee.
A semi-final win against Pres Castleisland saw St. Brigid’s face Kenmare in the final after they had accounted for a strong Mercy Mounthawk side in their semi-final.

The final was a thrilling encounter, St. Brigid’s did not get off to the best start and although they had most of the possession, an outstanding Kenmare side (going for their fourth title in a row) were soon up 2-0.
However, just on the stroke of half-time St. Brigid’s managed to claw it back to 2-1 to set the stage for a second half showdown. St. Brigid’s started much better and soon managed to go up 3-2, then controlled the game thereafter, eventually running out 6-2 winners! Well done to all players involved.